Becoming friends with Kim has been one of the highlights of my work as an Adoption Consultant with Christian Adoption Consultants. It is just so obvious that Rick and Kim love Jesus and are living for His kingdom. I’ve learned so much from the way they’ve walked through their adoption processes with open hands to the Lord and from the way they seek to live each day with eyes of faith. Kim is a gifted writer and she kindly shares her heart with us in this guest post about the way Christ has transformed her infertility and brokenness into a crown. 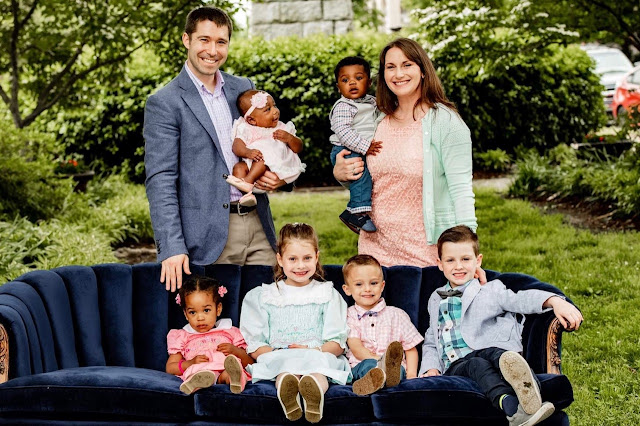 I rolled out of bed when it was still dark and quietly threw on some old clothes. I was careful to tiptoe down the stairs so I wouldn’t wake my household. The babysitter would arrive soon and I had the resentful job of preparing for another medical procedure. My tired eyes barely opened and my groggy mind refused to process what the day before me held. I surfed the Internet on my phone and gulped down drink after drink until I was sure I would throw up from the sheer amount of liquid. I thanked the babysitter profusely for showing up at this impolite hour and shortly arrived at the hospital with the baby-picture lined walls. It was eerily quiet as I walked down the hall and I couldn’t tell if it was the early hour or the sacred business conducted there that caused the somber mood.  The dark little room was kept at a temperature that ensured you’d be shaking by the time the technician arrived — but at least this gave a conceivable excuse for my emotionally charged jitters. There’s no way to feel comfortable laying on that hospital bed and perhaps it was this discomfort that awoke me from my sleepy stupor.  It was then that I looked up to see—the empty womb.

I’m not in the medical field, and usually those black and white images on the monitor remind me of distorted clouds more than organs. But that day, the empty void was just too clear to ignore. This was not the first procedure and it will likely not be the last. In fact, this just scratched the surface of the lengths we would go to try and correct the multiple syndromes and symptoms that left me barren. I’ve had 6 surgeries, taken thousands of pills, been poked, prodded and made uncomfortable in ways I never imagined would become my new “normal.” So you may think it odd that as I reflect on motherhood, I’m thinking of Esther and her “such a time as this” occasion.

In Esther 4:14, the queen is reminded that her royal position is not what protects her, but it is, perhaps, how God will use her “for such a time as this.” 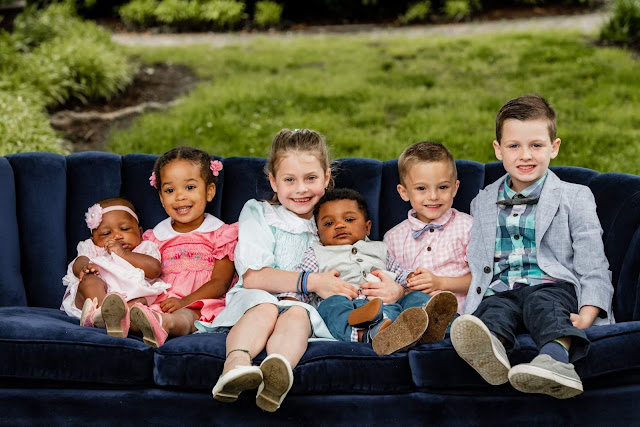 Awake with the youngest of my six babes, I’m wondering if my “such a time as this” is now — in the midst of my brokenness. Because what if we arrive at our time, not to a crown of glory but to a realization of need? It’s here, that for me, whether seated on a throne, or cold and alone in a hospital room that my needy moments draw me closer to a Significant Savior.

Sometimes God’s best is an invitation for you to embrace and celebrate what can only be found in brokenness, in need, in the low places, and in rejection by the world. While Esther sat on an earthly throne, the One who placed her there gave up His throne to become despised by man – crushed, rejected, weepy and desperate for His Father. The Cross is why He came. His “such a time as this” was the lowest He would ever be, so that one day He would receive a crown of glory he’ll never relinquish.

My low place is the emptiness of infertility. According to popular fiction I am an “unwoman.” Like one in eight women alive today, I live with the monthly reminders that I have no power to create or sustain life. Everyday I’m aware that my body is broken. And this constant reminder has forced me to, lean in to the Lord for greater healing, greater health, and greater trust.

And isn’t that what we love about Esther’s story—that a common girl would catch the eye of the most powerful man on earth; that a woman who was willing to take risks would accomplish remarkable things. Esther’s fame came as a result of being willing to do what was hard when all the odds were stacked against her—and it’s impossible for me to see her bravery without envisioning her wearing her crown. Esther was given the title of queen but she was powerless without her King. Her real privilege was that she had access to the One who had the power. And in that—her story is also my story.

I am seen and loved by God and he has the power to change my title and my purpose. Jesus is the Suffering Servant but He is also the Resurrected King. He graciously shares His resurrection power with me so though my womb is empty my arms are filled. He made the barren woman a mother of children (Psalm 113:9), gave her a new name and a new appreciation for all that is learned when you are without power and without hope. While my lack of power has allowed me to feel indescribable pain and heartache, I walk with a powerful God who does not leave me here. His shared resurrection power has given me a ministry to others who are hurting and a house full of children as daily reminders of His goodness. It’s because of His power that I can more confidently, and with thankfulness, wear the title of broken.

When he sets a crown on my broken and powerless head I can more fully appreciate my new position because of the depths from whence I came. It’s in the depths that I learned to petition the King and trust in His goodness. It’s there that I learned the pursuit of Him, through pain, unmet expectations and frustrations, was worth everything! Even on the days I was sure I would perish, He invited me into His strength and kingly power to do more than I ever imagined.

In my brokenness, I am given a crown of Hope – because the natural has failed me and the Supernatural has beckoned me home. I am a broken woman invited to more, by a perfect King.

(You can read a bit more about Rick and Kim’s adoption journeys here, here.)