I’ve been dying to share this adoption story with you all! God’s hand is all over this sweet couple’s story and it was incredible to watch it unfold.

Hannah and I reconnected through the wonderful world of Instagram last summer. She and her husband, Josh, were looking into starting the adoption process and she happened to stumble across my Instagram page and knew she knew me from somewhere. We quickly made the connection that we did in fact know each other and had attended the same summer camp every summer as kids and that Hannah’s aunt was the Children’s Director at the church I grew up in. We spent some time catching up and talking more about adoption and our services at Christian Adoption Consultants. A couple weeks later Hannah and her husband signed on and began working on their home study. 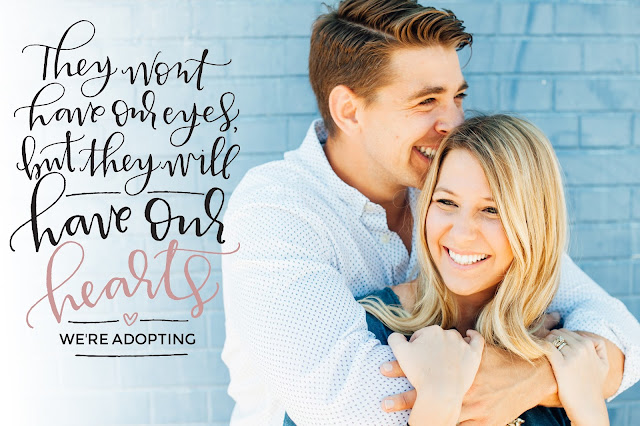 Tell us about how you landed on adoption as the way to start your family?
Josh and I always knew we wanted to grow our family through adoption. The question was when. I work for a global orphan care organization, and we have a lot of friends who have adopted internationally, and we always thought we would too! But this year, we were at a Johnnyswim concert and while they sang the words “I don’t know what’s coming but I know it’s going to be good” Josh and I felt this huge push that it was time to start our adoption. Within a few days, we both felt like God pushed us towards domestic adoption, which truthfully, was never really on our radar before. The more we learned about the opportunity to be a part of not only a child’s story, but a birthmother, we felt like domestic adoption was the way that we should go. We wanted adoption to be our Plan A.

By the beginning of January their home study was finished and they were ready apply to our agencies. Over the next two months, I began forwarding over situations to them, but none were the right fit for one reason or another. Hannah confided in me that they really hoped to bring a little one home by May. Josh had a break from medical school at that time and it would work best for their family. So, we hoped and prayed for the perfect situation to come along within that timeframe. At the end of March, within minutes of each other, Hannah emailed me about a situation she saw posted with one of our agencies just as I was sending her a text to see if she had seen the post. Emails and phone calls were made and by the next morning their yes was on the table for TWIN girls and they were sending off the necessary documents to present to the expectant mom. The following week seemed to slowly tick by and calamity of obstacles arose that are laughable now, but at the time were clearly the enemy’s attempt at discouraging this precious family from moving forward. Then on Friday, they got the call that the expectant mom, “L”, wanted to talk with them over the phone. After two hours on the phone with “L”, they heard the wonderful news she wanted to move forward with them!! Hannah shares more details below… 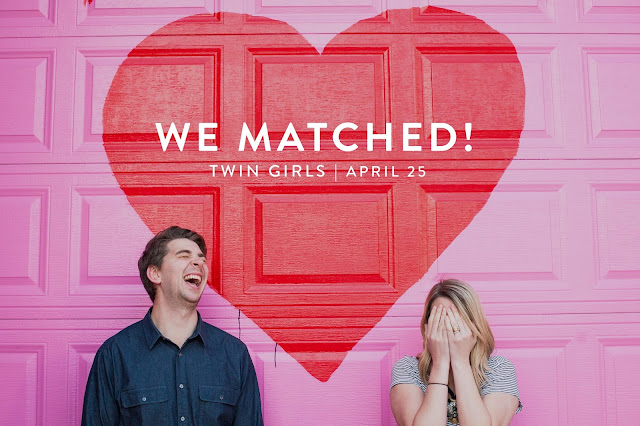 God faithfulness was so evident throughout your journey. Will you share more about the incredible ways He provided for your family in the days leading up to the birth of your sweet girls?
I have never felt or experience God’s provision and faithfulness the way we experienced it through our adoption. There were so many little and BIG ways that God was revealed himself through out story. We decided to adopt on August 7, and on May 7th (exactly nine months) we flew home with our twin girls! I have this thing for the number 37. It began popping up in my life, maybe 10 years ago and it would show up in big moments of life or just mundane moments. My family didn’t believe me at first, but they have witnessed the craziest, countless times that this number has appeared. Josh and I filled out some registries early in our adoption, and many of them are not adoption friendly, you have to put in a due date. So we would always put March 7 (37) as our due date. We always thought something significant would happen on March 7. We were excited when March 7th arrived, we thought for sure we would get a situation that day and it would be a little sign that this was IT! But March 7th came and went with silence. At the end of the day, we were both a little sad that nothing happened on our 37 day. But, the first time we talked to our daughters birthmom, one of the questions (of many!) was “what are your favorite holidays?” Josh told her how much I love my birthday, and I explained that I love my birthday because I am always surrounded by family. She asked when my birthday was (see where this is going?) and I said June 30, and I asked her when hers was? and she said MARCH 7TH. Josh and my mouth fell open. I think there was a silent shock on the phone. There was a 37 in our profile book, so we hadL? open the book and we told her the whole story. This may seem insignificant, but to us, it was big. It made us feel like we are right where we should be.

I have never heard God speak audibly, until our adoption process. I was pray daydreaming, going between asking God to give us a crazy adoption story, to then getting scared and telling him I was just kidding about that, when I heard him clearly say “Hannah I have the best surprise for you.”… About two months later we got matched with TWINS.

Stay tuned for Part Two of this family’s story!
If you are interested in learning more about domestic adoption email me atleah@christianadoptionconsultants.com