I am so honored that Sarah was willing to share some of her story here. The way that God has worked in her life and heart and is using her to affect the lives of many others is breathtaking. I met Sarah several years ago when she was attending our church. Since then, she has gotten married and she and her husband live In Colorado where she is the Policy Director for Colorado Family Action, a non-profit associated with Focus on Family. She works at the State Legislature and in culture, specially seeking to change public policy in regards to abortion. (Much of what she shares below was originally posted on LifeNews. Those sections are in quotes. You can read that entire story here.) 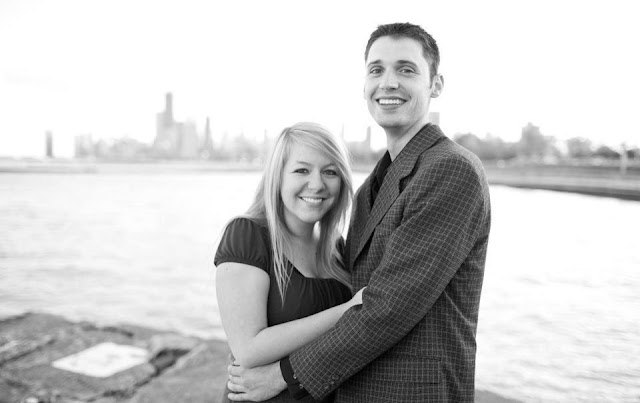 Near to the Brokenhearted: By Sarah

“My mother’s pregnancy with me was difficult, both physically and emotionally. She was conflicted when it came to the issue of abortion. In the past, she had abortions and experienced deep regret. But she found herself in a place many women find themselves, afraid and confused. She decided to go to an abortionist in town because she was told he was acheap doctor? and that he could help her. To this day, I do not know if she intended to have an abortion or if she was simply seeking medical help; but I do know it wasn’t the abortionist’s intention to let me live.”

“He induced labor and delivered me at six and a half months (twenty six weeks), breech, and when I was born I wasn’t breathing. He proceeded to tell my mother that if I survived, I would be a mental vegetable and incapable of having a normal life. Then he said it would simply be best to let me die. In those few seconds, he held my life in his hands and believed that he had the right to decide my fate.”

“But to the abortion industry’s disadvantage, my mother said no. Once she saw my humanity, she couldn’t allow the abortionist to leave me for dead. My mother demanded that I receive immediate medical attention, and I was rushed to a children’s trauma birth ward in New Orleans where I stayed until I was strong enough to go home. However, this was only the beginning of a very challenging road.”

“I wasn’t home too long before the Department of Children and Family Services began investigating my family. Social workers would drop by to find empty pantries, broken furniture, and absent parents. Because of the deplorable conditions, the youngest children, including me, were placed into foster care. I was only sixteen months old when I met my foster parents, Ron and Bobbie. They had no children of their own and desired to be parents. They were told I would be in their custody for 6-8 months, but in reality, they could get a call to return me to my birth family at any time. They didn’t care. They wanted me. They were in it for the long haul. Little did I know then, but this couple would save my life.”

“A premature birth, coupled with extreme neglect, led me to be a sickly child, even to the point of contracting tuberculosis. Without treatment, it could have been fatal. Fortunately, my foster parents gave me their undivided attention and tended to my every need. Thanks to them, I escaped death once again. Despite the severity of the illness, I believe God used it for good because it allowed me to stay in foster care with Ron and Bobbie longer than expected. But with improved health at their home came the call they dreaded: I was to be returned to my biological family. While my foster parents were very concerned about my safety, I was excited. No matter what anyone may tell you, children will always love their biological family, regardless of how dangerous the situation. Sadly, even though I felt a deep love for my family, those were the darkest days of my life. In my biological home, simply making it through the day was a fight: a fight for safety and a fight to survive. ”

My relationship with my biological family was incredibly painful growing up. The socio-economic situation my family lived in bred the unthinkable, such as abuse and neglect. I was my birth mother’s seventh pregnancy, and after I was born, she went on to have three more children. All of us, at one point or another, were in and out of foster care/group homes, and our day-to-day focus was survival. Since I was one of the youngest in my family, I was one of the weakest – and my childhood goals were torn between finding a hiding place from the abusers in our home and finding food.

When I was returned to my foster parents, I felt great loss from being torn from my siblings and birth mother. I had to lean on God in these moments and relinquish questions I couldn’t answer such as: Why couldn’t my family stay together? Why couldn’t my birth mother care for us the way she needed to? Why did God let this happen? I don’t have answers to these questions even now, but I know that God saved my life through foster-care and adoption, and that suffering is a part of living in a fallen world. This may sound like a cliche answer, but God was able to work this truth into my heart over time.

Ron and Bobbie’s dedication to my biological family was consistent and holistic even before they adopted me. For example, my foster parents (now adoptive family) brought my biological family food, clothes and daily necessities to help them get by. Since my birth family lived in one of the poorest areas of New Orleans, starvation etc. was a real issue. Also, their decision to take me in as a foster-child was one that came with significant risks and sacrifices. They were warned by social workers that my family was, well, troubled and I could be as well. Eventually, after nearly eight years, the state terminated the parental rights of my birth mother and I was released for adoption. Ron and Bobbie committed to be my parents forever, and I am honored today to call them mom and dad. I believe my relationship with my adoptive parents and family couldn’t be any better. I believe there is a false belief about adoption, even today, that somehow the child and parents will never feel like they really belong to their family post-adoption. This belief is especially embraced in cases like mine, where the child isn’t adopted from birth. However, I believe that adoption is first and foremost God’s work, and he can work in the hearts of all the people involved.My birth mother passed away in 2011, but I am thankful that we were able to come to some reconciliation in our relationship before her death. I am also thankful that God was able to restore a few of my relationships with my sisters. Now I have a bigger family than I ever could have imagined. My adoptive family extends beyond my parents to uncles, aunts and cousins, all who took me in as if I was their own flesh and blood.

A critical part of my story is that I was introduced to Jesus for the first time by my foster parents. The timing of this was significant because I eventually had to go back to my birth family and live in that chaos as a young child. The good news was I reached out to Jesus in the darkest moments of my life – during starvation and abuse, and asked him to meet me there. I believe I survived largely because of my relationship with Christ. I encountered, in a tangible way, the suffering Savior of Isaiah 53.

If I could say something to adoptees who are struggling with processing their own adoption story, I would urge them first to cry out to God during times of doubt. As a teenager especially, I questioned many things about my story but looked to God to bring truth into my life. One of the most beautiful parts of the Gospel is that Jesus walked a path of suffering for US.Moreover, scripture tells us that he is near to the brokenhearted and that we are blessed when we lose everything and are brought low. I can testify that this is true.