Steve and Kate have always longed for a large family. After the birth of their biological daughter, they went on to adopt a second daughter. And when the timing was right, they started with Christian Adoption Consultants to bring home another child through adoption. 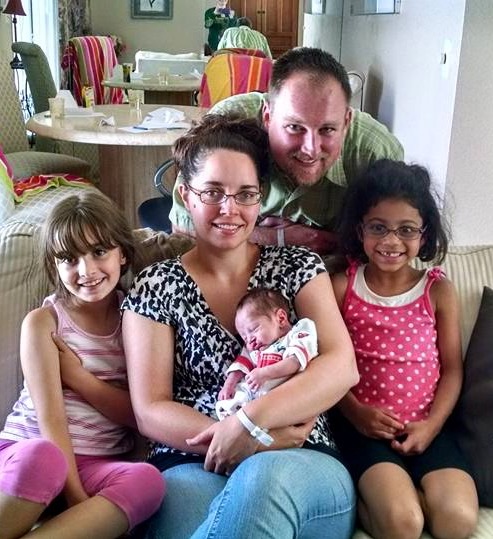 Steve and Kate had a crazy June. Here’s a timeline recounting the days and God’s faithfulness to them and their family during this time:
?
Thursday, June 4th
Steve and Kate got the call they had been waiting for since they were matched with their expectant mom in March: she was being induced the next morning unexpectedly due to preeclampsia. They frantically started packing and attempted to rebook their flight they had scheduled for several weeks later. They were unable to book a flight but saw there was a flight for the next morning at 5:30am. Steve and Kate went to bed praying they could get there in time.
?
Friday, June 5th
Steve and Kate woke their girls up with a surprise at 2am that morning, announcing they were getting on a plane for their brother’s birth that day. They arrived to the airport, without tickets, for that 5:30am flight. In God’s provision, there were exactly five seats remaining on that flight (Grammy came along for the adventure as well). They all arrived safely and later that night, their son was born.
? 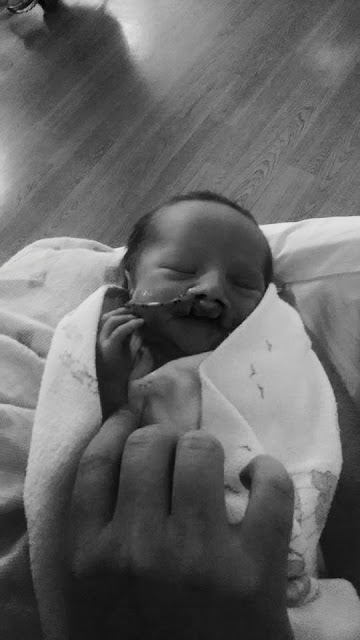 ?
Saturday, June 6th
Their son was admitted to the NICU. He was born with a bilateral cleft palate and lip (which Steve and Kate knew at match and happily stepped into knowing he was “fearfully and wonderfully made”). He would need oxygen and help with feeding for a little while.
?
Tuesday, June 9th
His birth parents made the brave decision to surrender their parental rights and sign the adoption paperwork. Steve and Kate were awarded full custody of their son that day.
?
Sunday, June 21st
Their son is discharged from the NICU and the big sisters finally got to meet their little brother for the first time. It was also Father’s Day; a sweet one for Steve with his three children together for the first time.
?
Saturday, June 27th
The family boards the original flight they had scheduled over a month before and Steve and Kate return home as a family of FIVE. 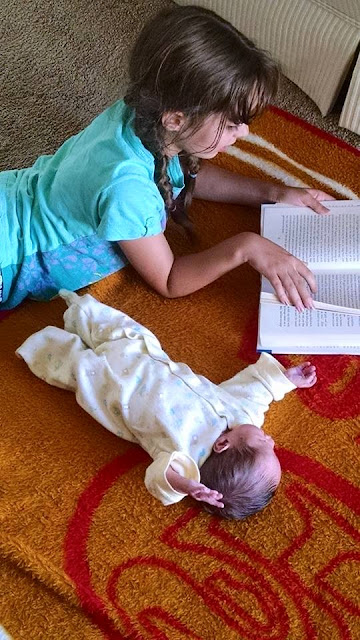 Of course there’s dozens of details of this story of God’s grace and timing that weren’t told. But this gives you a glimpse into God’s faithfulness to Steve and Kate, two very proud big sisters, and a little guy who was loved from the moment they heard of him.
?
Before their son was born, Steve and Kate wrote these words to their birth family.
We marvel at how God is at work in each of our lives, knitting families together. We look forward to telling our child about their adoption story. Their story is unique, something to be proud of, and worth telling over and over again…?Please know that if you decide to place your baby with us that they will be surrounded with love.
?
Even just weeks into his story, this couldn’t be more true. This little guy is clearly surrounded with love and already has people retelling God’s work in his life.

Office Hours: Monday-Friday 9-6 EST
We have a beautiful adoption story to share with y

"I am so humbled to share this sweet family’s jo