It is always an honor to help friends become parents, and Merrilee and Jason were no exception.My husband and I had met Jason over 10 years ago at church, when he was still a bachelor, and brother toour Sunday School teachers, Josh and Kristy.

Then the Lord graciously brought Merrilee into Jason’s life, and they were married (and have the most beautiful wedding photos ever!)

Merrilee and Jason discerned that adoption would be their path to parenthood, and called me early this year. They signed on with Christian Adoption Consultants in late February, became Home Study approved in May, and started applying to our agency partners this summer.

I have to commend Merrilee and Jason, because they went into their adoption journey with completely open hands for what the Lord might have waiting for them. They placed no parameters on what type of ‘background’ they desired in a child…. Their view was that they wanted to provide a family for a child who needed one, not the other way around.

They bravely presented to several situations that were not a fit for them. Hearing that “no, you were not selected” is always very disappointing, but they pressed on.

And shortly thereafter, in late July, they were selected by an expectant mom in crisis, in exactly the same city where they’d been praying to travel.

And just two weeks after being selected, they made it to the hospital just in time for the birth of their precious SON, Deacon!

I couldn’t be happier for this sweet family of three! And- I am blessed to live in their community, so I will get to see this handsome young man grow up, adored by his entire family and group of friends! 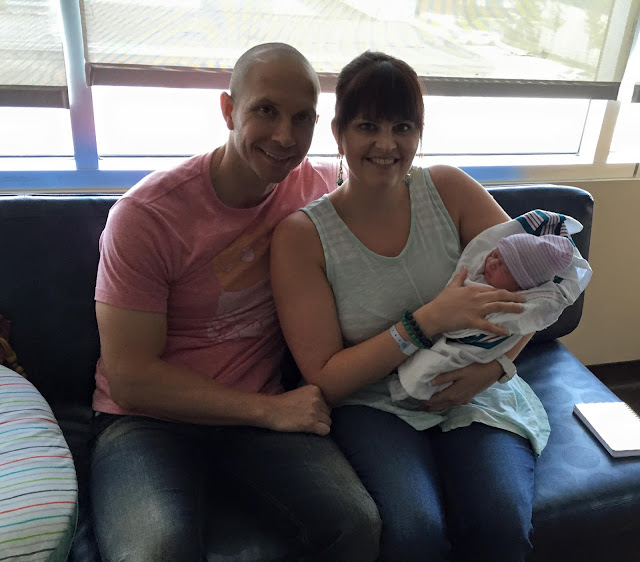 Office Hours: Monday-Friday 9-6 EST
Happy 4th of July from our CAC family to yours!

Lori is a birth mom who shares her invaluable pers

“What is an Adoption Consultant and why do I nee

"Faith does not eliminate questions. But faith kno

Mark and Jenni are a CAC family who adopted their