One of my favorite parts of this job is to watch an adoptive family realize that adoption is so much more than just adding a little one to the family. It’s about coming alongside a woman in crisis and supporting, encouraging, and praying for her through every step of the process. It was such an honor to watch Chris and Lindsay do just that!

Lindsay and I first chatted over the phone last fall.She and her husband were hoping to start their family through adoption and were exploring all of their options. A few short weeks later they decided working with?Christian Adoption Consultants?and domestic adoption was where the Lord was leading them. They started working on their home study and by January were ready to apply to our recommended agencies. A little over a month after sending off their applications they were matched and began to develop a wonderful relationship with their daughter’s birth mom. Lindsay shares more of their adoption story below.
Chris and I decided early in our relationship that we wanted to pursue adoption as our way of growing a family. Last fall, we were finally in a place to start the adoption of our first child. We completed our paperwork with our consultant, Leah, at Christian Adoption Consultants in early November and our Home Study was finalized in January. We were open to a variety of special needs and several situations came through our email over the following weeks. We agreed to present our profile to one of the birth mothers, but we were not chosen. We had been prayerful about that situation and had tried not to become too attached, but hearingno? made us start to wonder how long we would wait. Leah was ever kind and encouraging and we knew that God had called us to adopt, so we prayed for that birth mother and the adoptive family as we waited for our match. A couple weeks later, we were inundated with situations. We had four new birth mothers to consider within 48 hours. For various reasons, we were unable to present to the first three. By the middle of the second day, we were emotionally raw and exhausted. We had prayed about the situations, lost sleep over a baby alone in a hospital, sent several emails, and made many phone calls, but we were no closer to being matched with a child. Feeling defeated, I checked my email and a fourth situation had come through from Leah. Chris and I read it and felt absolute peace about this situation. We both knew without hesitation that we wanted to present. The birth mother, C, reviewed our profile and requested a phone call with us later that week. We were matched after the phone call on February 26.

We made arrangements to go to visit C in April before her due date in June. We were very apprehensive about this visit. We had spoken with other adoptive parents and we had been assured that, despite the strangeness of the relationship between birth and adoptive parents, somehow God creates something beautiful. We had a wonderful weekend with our birth mom and her sister. It was not awkward as we had feared and we have developed a unique relationship with her, only possible by the grace of God. 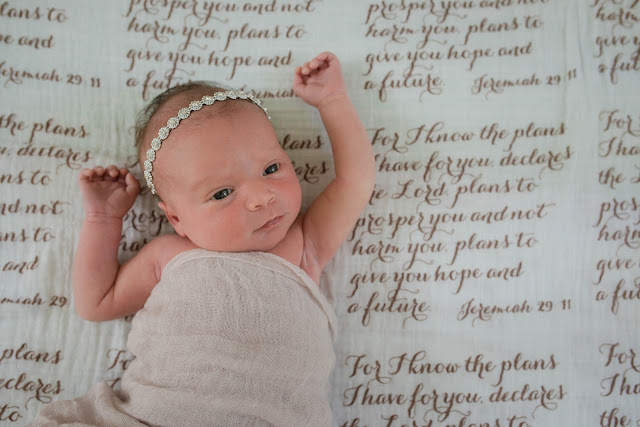 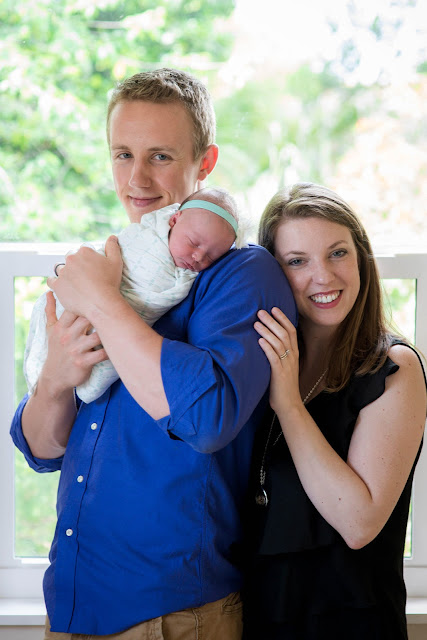 Our beautiful, healthy baby girl was born on June 14, 2016. We combined our chosen name with the birth mother’s and named her Evelyn Grace Kaylyn. We call her Evie Grace. During the hospital stay, C told us she wanted to stay as long as she could with the baby and would delay her discharge until Evie Grace could leave. While we wanted to spend every moment with our girl, we tried to keep our visits short until discharge so that C could have the time that she needed. After ICPC clearance, we met with her again before returning home. That’s when we realized how much it meant to her to have had those two days. She was very thankful for time to say goodbye and for frequent updates since discharge. 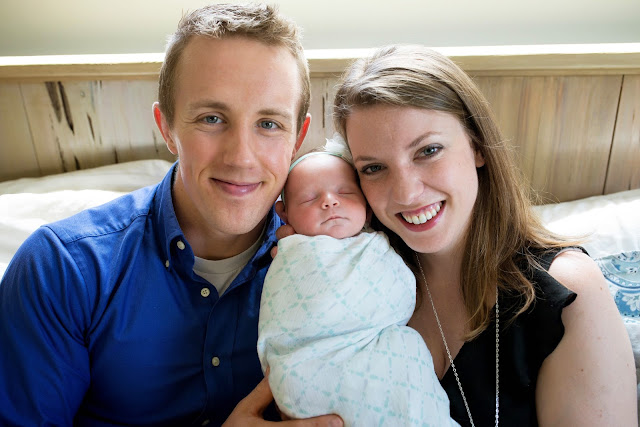 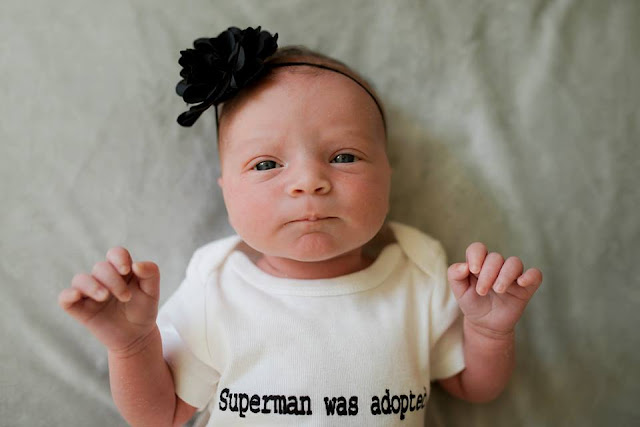 It’s difficult to describe the relationship we now have with C because people find it so unbelievable. How could the birth mother and adoptive parents have a friendly relationship? We text and email frequently and I find that I look forward to sharing with her all of the landmarks and funny stories, because I know she will be as excited about them as we are. We may never understand why she chose adoption but we know that she loves this precious child and desires good for her just like we do. We are so grateful to her and we admire her for choosing life and adoption, even though this was not an easy choice. We pray for her because we truly care about her and we want the very best for her future. We thank God that we had an open adoption, despite our reservations, because this beautiful soul is now a part of our story and our family.
?
If you are interested in learning more about domestic adoption email me at?leah@christianadoptionconsultants.com