Aaron and Elyse called me last October after adoption had been on their hearts for years. Elyse had a friend that had worked with Christian Adoption Consultants as well and connected us. Three months later their son was born. You’ll love listening to Elyse and Aaron’s deep faith in God, commitment to their family, and deep love for their son’s birth mother as Elyse shares their story…
Our adoption journey started when Aaron and I got married eight years ago. We both knew that adoption was a real option for us, but our path was a little different than most. We were fortunate to have two wonderful biological sons for whom we are so grateful, but my second pregnancy was pretty rocky with some health problems and we became very scared about the risks of another pregnancy. Last spring when we started talking about growing our family again, the idea of adoption started creeping up slowly into conversation. Aaron and I both have learned through experience that guidance from God comes not as a loud voice or writing on the wall, but as a quiet persistent whisper that just won’t go away. For us, adoption was that whisper that grew louder and louder over the summer, until finally last October we couldn’t ignore it anymore. We felt an urgency that we were being called to something and we weren’t sure what or when. We joined Susan with CAC and were home study approved about 8 weeks later?and started applying to agencies. Only later did we find out that last spring, as the quiet whispers were building in our hearts, our child was being conceived four states away. 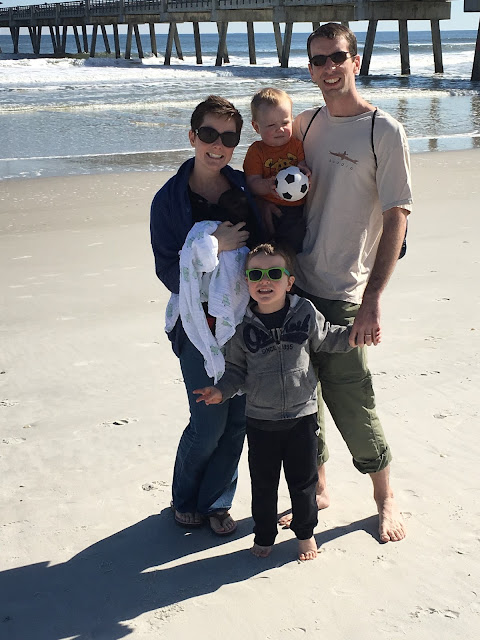 All through the process, we worried and stressed over the question: Who would choose a family with two young children already?? On hard days, we doubted that we would ever match, and on good days we planned on needing to renew our home study next fall when our boys were a little older. We saw many situations and applied to a few without success. Then one night I got an email about a stork drop of a healthy baby boy. At the time, we knew even less about him and his birth mother than we usually do, but we felt strongly that this was our baby. We pulled our application together and sent it in right away. Two mornings later, I washed up our newborn clothes because of that still, quiet whisper. That afternoon, we got a call that his birth mother picked us! What undeserved grace we received that day. We were amazed and humbled. 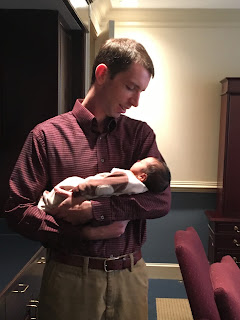 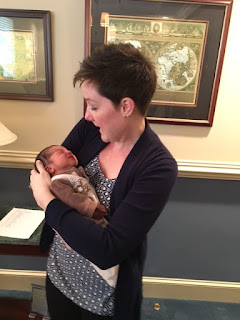 The next 24 hours saw a frenzy of packing (orthrowing anything clean in a suitcase?), phone calls to Aaron’s co-workers, web searches for hotels, and an overnight drive to Florida. In that time, we saw God at work through seemingly endless series of grace events. My father was able to drop everything and drive 6 hours to our house so he could help with the boys in the hotel. We stumbled upon the perfect extended-stay hotel that had plenty of space and not only free breakfast, but free laundry too! Aaron called a random branch of our bank in Jacksonville and when he walked in the next day, he was greeted by the same ladies he spoke to on the phone who said We’ve been waiting on you! We have all your paperwork set aside right here? – a process that usually takes 2 days was done?in 10 minutes. Our ICPC was granted in 6 days for Florida and a matter of only hours for our home state, and we were able to come home earlier than expected. What amazing grace, so humbling and undeserved.
The greatest grace came in meeting Christopher’s birth mother. We had nervously spoken to her on the phone that night before we left home. She was shy with a gentleness to her voice, and had only a few questions for us. After placement, we met with her twice more – the first at the attorney’s office, and then at a Panera Bread on the day we left for home. We weren’t sure what to expect from an open adoption, but now we know forming this relationship is one of the greatest parts of the process. Christopher’s birth mother is a strong, courageous, hard-working woman with a level head and a kind demeanor. She took care of Christopher while he was in the hospital and her love for him was evident in her expressions and her actions as she held him both days. After each interaction, the feeling I kept having wasof course this is the woman I will be forever bonded to. It just seemed right. The relationship we have maintained with her through texting and photos since that time has strengthened all of us, thus strengthening Christopher as well. 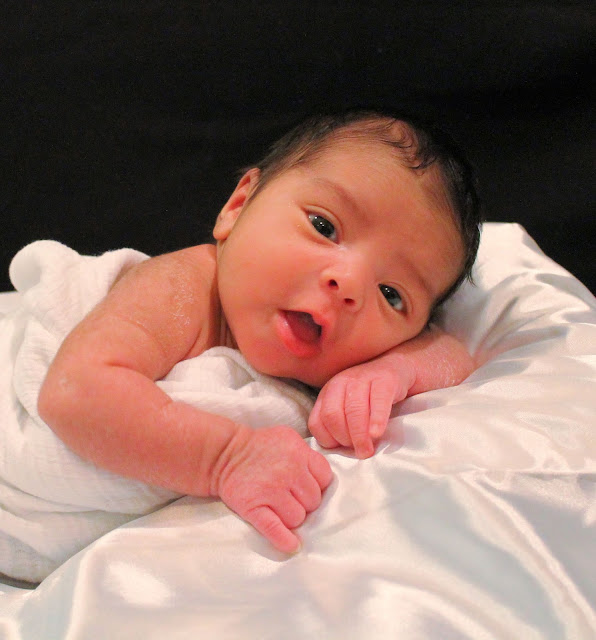 We will be forever grateful for the decision of love she made all those weeks ago. We will never be able to thank all the people placed in our lives at the right moments – Susan and CAC, the friend who had recently adopted and became a mountain of inspiration, family who stepped up to help us, the friends who brought meals and a hug on tired days, everyone who said a prayer for us – there are so many we cannot count. We will probably never understand why God chose this child for us, but we are so glad He did, and that is our story of grace.
Welcome to the world, Christopher Alexander we?re so blessed to be your parents.