Sometimes when God asks you to step into something new and unknown it feels exciting and adventurous. Sometimes it feels hope-filled and thrilling. And other times it feels scary and almost impossible. Crazy even. 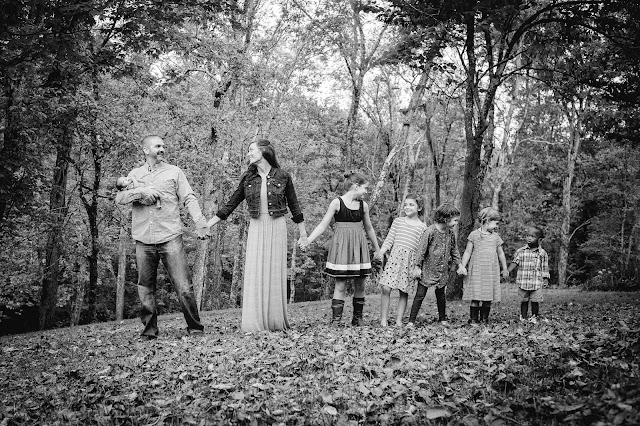 This was Zach and Danielle’s story when God asked them to put their “yes” on the table for a second time. After the most hard and beautiful first adoption (if you don’t remember?how Isaiah came to be their son?you don’t want to miss it), they never anticipated adopting again.

But then, God changed all of that. Today Danielle shares the details of how her family unexpectedly grew their family of seven to EIGHT with sweet Ezekiel Benjamin. 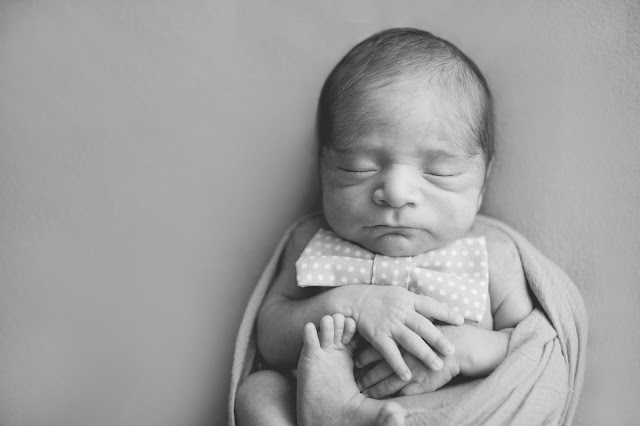 When we brought our son Isaiah home a little over two years ago we thought we were done adding children to our family. The adoption, like many, had been terribly difficult and we were thankful to have the five amazing kids we?d been given. Little did we know God had different plans. It’s kind of incredible the way He moves us to do things we don’t want to do and then gives us the heart to do it. 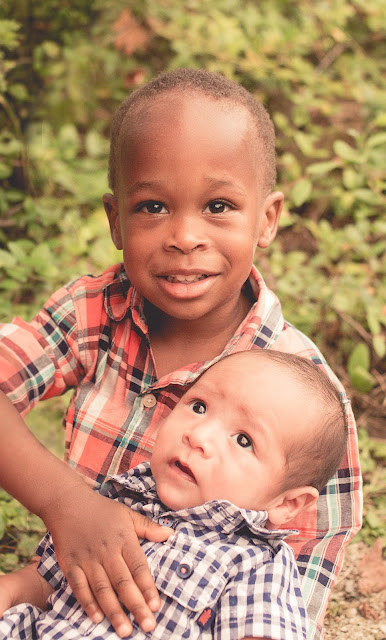 In the spring of 2016 some close friends invited us to an Adoption Agency fundraiser. I was fitful about attending because I had a sense God would use that time to reveal something important to us. I even started stating my case to God in my mind: We don’t have enough seats in the van or chairs at the table,? We’ve already done our hard thing,? I don’t think I can go through another adoption process. We hadn’t even made it through the opening prayer that evening before we knew exactly what God was asking of us. Step back in. Say yes again. Even though it seemed impossible and crazy, we did. We weren’t without fear but we knew WHO was holding the future.

We were home study ready and signed back up with our amazing consultant, Susan, by September a year ago. We knew how crucial it was to have Susan’s insights, encouragements and connections in our first adoption and did NOT want to move forward without her. Plus, she had become a trusted friend and confidant.

The months that followed were very quiet. We gave ouryes? several times; we receivedno? back every time. There were long periods of time we had no situations at all. We definitely didn’t feel confident the process would end with a baby but we prayed over each birth family and baby. At times we thought this might be why we were back in the process. But as time went on we were finally able to admit to ourselves and to God that we really wanted this little person. That revelation made us feel vulnerable but we kept stepping out, putting ourYES? in the mix.

Mid June we got a call late one night from Susan,Your family has been chosen! It was very surreal. The expectant mama was due later in July but at her 38-week appointment they decided to induce her. We flew out to her state and were there at the hospital when baby was born. We met her and her son just hours after he had arrived.

We connected immediately with mom. She referred to us as his parents, every medical question she deferred to us, when the time came to put a name on the birth certificate she put ours on it. She made it very clear that she wanted us at the hospital with her as much as possible and for sure through the nights. We cared for mom and baby with everything we had. It was an extremely exhausting and emotional few days. I don’t honestly know how we did it aside from GRACE. Our kids kept asking,Does the mommy still want us to be his family?? It was a question we weren’t daring to ask ourselves. 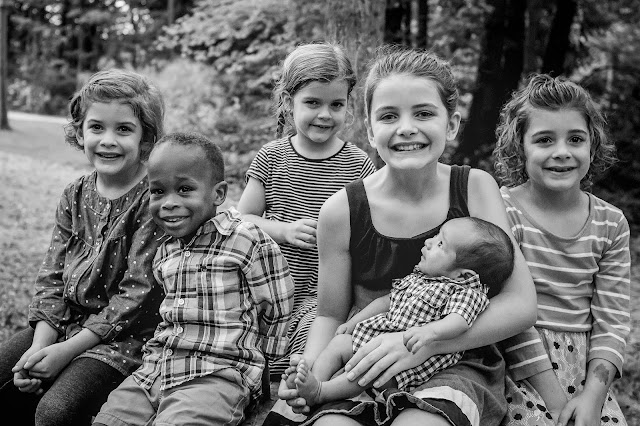 When the time came for mom to be discharged, she signed a temporary custody agreement allowing us to take him from the hospital and she’d sign consent the next morning. We enjoyed every moment with him, wondering over his gorgeous face and sweet dimples. We were cautiously optimistic that the prayers we?d prayed were being answered the way we asked. And then one of our worst fears became a reality.

The baby was asleep on Zach’s chest late that night when my phone rang. Mom had chosen to parent and she, along with her agency counselor and the administrator were on their way to pick up the baby. When the agency arrived they asked if we?d be willing to see mom. She walked in the room sobbing and saying I’m sorry?, I opened my arms and held her a long time. We love you. We will always love you and pray for you both. The pain was searing but there was beauty in it somehow. She couldn’t do it, and I can’t fault her for wanting to parent her son.

It was the gospel holding us together, plain and simple. He saved and sanctified us for that moment in time and only because of His love, we were ready.

We flew home the next morning, devastated. And when we landed in our home state we both had messages from the agency on our phones.

Another baby boy. Born the day after the first baby. And he needed a family. Were we willing? 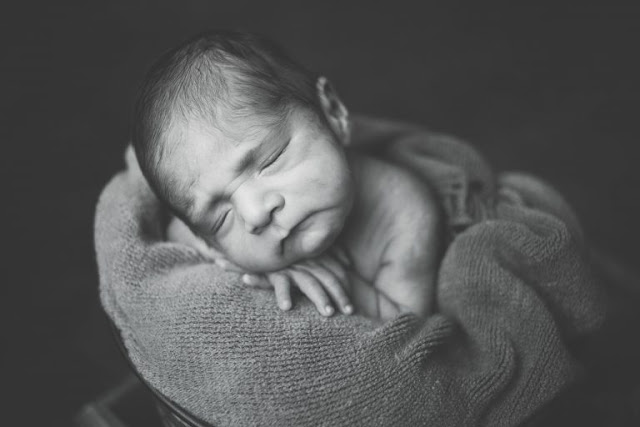 It was unthinkable. Our hearts weren’t even over the loss that just occurred. It felt dizzying, stressful, and not even right. At first we said we thought this baby belonged to another family.

It wasn’t pretty. It didn’t feel right. It was stressful and awful and scary beyond belief. Adoption is risky. Adoption costs. Adoption is incredibly painful and hard. And it takes its toll in many ways.

A week later we flew back to the state we?d been with the first baby. Oddly enough it was the due date we?d been given with our first match. People close to us kept telling us how brave we were. I can tell you that I felt anything but brave! I felt like a coward but we kept moving forward, doing the next thing, signing the next paper, driving the next road. My heart was faint and I’m ashamed to admit that fear and anxiety crouched near me at every turn. If not for our friends and family we wouldn’t have been able to endure. The loved us in so many ways during that time! Even now I can’t begin to unwind how tightly their prayers and’support?bound us together.

Everything that followed has been a crazy series of events that we still have a hard time believing. We met another beautiful baby boy, cared for him in the Special Care Nursery (his nurses were amazing), and in less than two weeks a second baby was released from the hospital to us. It was terrifying to think he might actually be our son. 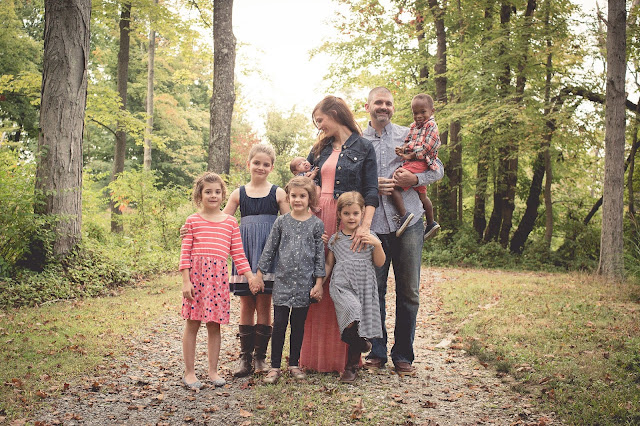 I remember a moment in time when I was reading my bible and I looked at this tiny baby still in the hospital and this thought came: You came for me, Lord. I was in desperate circumstances. No one was coming for me but YOU CAME. I was alone and had no hope but YOU CAME FOR ME. His word and His people carried us.

He was welcomed with unhindered joy by his sisters and brother and they have been?cuddling, kissing and cooing every chance they get. The way they walked through this with us taught us a lot about freely loving people.

We are humbled. We are amazed. We are incredibly grateful and in awe of the great gift God has given even through the pain.

Ezekiel Benjamin is the answer to so many prayers. It’s amazing grace that God would write the story the way He did, although it didn’t feel amazing at the time! But God, who is rich in mercy?? He strengthened us, gave us truth in His word and surrounded us with people who?ve supported us in ways we will never forget. After all, it was His love that compelled us to adopt in the first place.

I will seek the lost, bring back the scattered, bind up the broken and strengthen the sick.? Ezekiel 34:16