One of myfavorite? couples came to me last summer, with the desire to add to their family through adoption. They had open hands and hearts for a child from any background to join their beautiful family of four. As I got to know this couple, they truly inspired me. They travel the world, are very involved with racial reconciliation in our city, and have tremendous hearts for following the Lord. You?ll also be inspired by this story of loss, grace and some heavenly surprises!
?
Worth and Amy officially signed on with me in late June of last year, immediately started with their home study process before leaving for a mission trip, and they werecertified? about six weeks later. Last fall, they presented to many cases of all types, and kept hearing,no, not yet.
The No’s? were so discouraging, but they pressed on.
Then last December, I presented them with an interesting case of an expectant mother who lived about 90 minutes north of us, who was seeking an open adoption for the baby boy she was expecting in the spring of 2016. She also fell in love with Worth and Amy’s story, and profile book, and selected them to be the future parents. A beautiful relationship was born, and included several pre-birth visits. The one caveat this mom lived in our state, which has a 10 day revocation period.At Christian Adoption Consultants, we primarily work with agencies in “adoption friendly states” where the revocation period is 12-72 hours after the baby is born. (This dramatically lowers the risk for adoptive parents.)But – this was a special case where Worth and Amy were willing to take the risk and put their hearts on the line.
Worth and Amy were able to attend several medical visits withH,?, and really bond with her. They were on site at the hospital when she delivered sweet Levi.
He was able to come right home with them, and meet his new siblings. Everyone was in love, bonding and doing great.
And then three days later, a phone call that shattered their worlds. H. wanted to parent her baby.
There were many painful things that were happening in both families. Amy and Worth’s hearts were breaking.
Thething? that had never happened to any of my couples was now happening to this local couple I absolutely adored. They had to hand their precious boy back into the arms of the woman who gave him life. Although their hearts were breaking, Worth and Amy handled themselves in a way that was so honoring to the Lord. Wisely, they scheduled a weekend a way to pray and grieve and seek the Lord’s direction.
I was so heartbroken for them.I immediately began learning about other adoption situations for them to consider when they were strong enough to start the process again.The grieving for their first little guy was very real, but they bravely kept going.
And, about a month later, they did rematch, with anotherboy” case due in early June, out of state this time. Another expectant mom heard their story and felt a special connection to them, and desired to place her sweet baby into their home. (And she and Amy shared the same name)
Fast forward to mid April.
During the evening of Amy’s surprise birthday party that Worth had planned for her, she gets a call.Your baby’s expectant mom is in labor, seven weeks early! How quickly can you travel here??
(Happy birthday!!)
?
Amy and Worth hurriedly make plans for their older children, and arrange to fly out of our city immediately the following morning (a Saturday).
?.. and here’s where things get really wild!
That Saturday morning, Amy’s?actual?birthday, as she is finishing packing for the airport,H? calls.
?I want you guys to parent Levi after all.”
Wait, what!
Amy immediately calls me with the news. The big question was, Are we able to adopt both boys, if both these cases work out, and everyone (expectant parents, attorney, agency, home study worker and ICPC all agree !)
The short answer (after a morning of phone calls!) was a resounding YES.
There are a million other details. (But God was in each one)
But the short version of this story is that Amy and Worth flew out of state that Saturday morning, and met their sweet, third son, Lucas, who was waiting in the hospital, and fell in love with him immediately. Although he was a preemie, he only needed a few extra days in the hospital, before discharge. They loved his brave birth mama well, and honored her. She knew their story and sent him with blessings into his new forever family.
They returned home with one baby, and after our state’s revocation timeframe was up, Levi returned into their arms, this time, FOREVER.
They now had TWO newborn boys — Levi and Lucas!(Along with two separate night feedings and everything newborn! And twice the snuggles, of course) 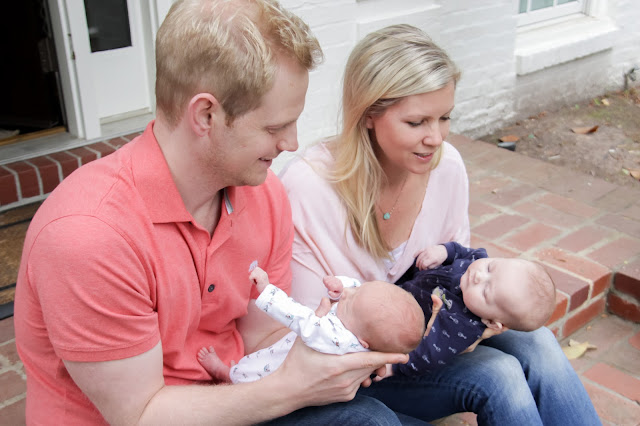 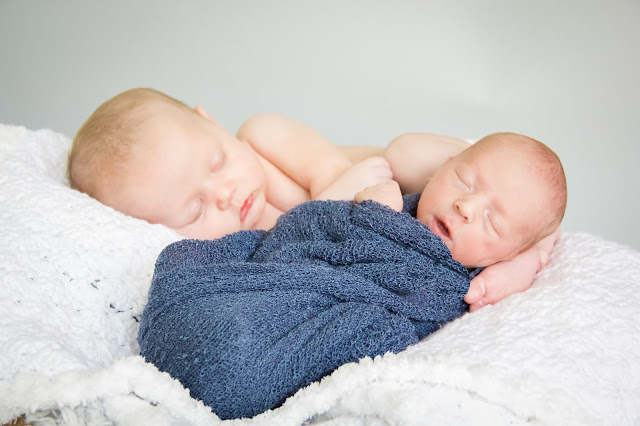 And that is very abbreviated version of a very wild, “only God”story of how despite one failed adoption, one brave family adopted two gorgeous newborn boys in the span of three months! Two beautiful boys whose first families made brave choices for them, and one beautiful forever family who completely leaned into the promises of God even in the midst of the darkest moments of their lives.
Worth and Amy, thank you again for allowing me to share a little about how God has grown your family.
God Bless You!