Three post-it notes, a confident expectant mom, and a whirlwind birth brought together this family of three. Today Andrea shares the story of how her son joined their family…
? 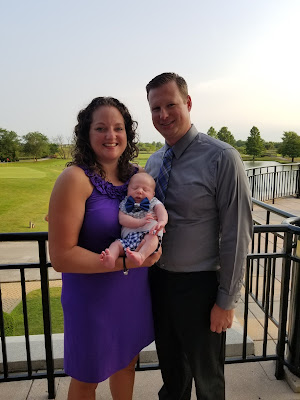 Our adoption story is nothing short of a miracle. It was a fast sprint when viewed by others but from our perspective it was closer to a marathon. It began officially less than a year ago on October 23 when we sent in our first paperwork to?Christian Adoption Consultants,?but we would argue that it actually began in the summer of 2014 when we first started trying to start our family. After nearly three years of trying things ourselves; doing rounds of fertility treatments, and two surgeries, we learned that the likelihood of us having a biological child was very, very slim. The days following that news were difficult when we realized what we had been pursuing for years was would be unable to happen in the way we had originally intended.?
After the devastating news, we sat back down to reevaluate how we saw our family. We spent time in prayer to think about our future family. We’separately decided to write our??order of preference? on Post-It notes for ways to build our family. Surprisingly, despite not saying anything to each other in advance, we both listed adopting as our #1.Leaving Post-It notes for each other had often been our way to share little love notes to each other and one day Tim left a heart for Andrea on a note in our bathroom. That same day, Andrea added another heart to represent our two hearts & our love for each other and that note stayed hanging up for a while. Once our adoption journey began, we added a red heart to the center of the Post-It note hanging in the bathroom for the love for the child we hoped to have soon. To us, it was a continual reminder of the baby we were waiting for.

After some research we decided to use Christian Adoption Consultants based on the experience of friends of ours who have adopted four children. We sent in paperwork on October 23 and began working with Susan. We started the home study process and by January 31 we were officially “active.” During this time Susan was very helpful with completing our paperwork and profile book.
Choosing adoption was a big leap of faith for us because while we had friends and church family that had adopted, we did not have any immediate or extended family members that had adopted. We were going to be thepioneers? of adoption for both of our families which was a daunting task. We received many invasive questions about adoption and fundraising, but we learned that we had to take them with a grain of salt because many people truly did not know what to expect.?
Once we were active, we received our first situation (an expectant mom making an adoption plan and searching for an adoptive family) on February 2 and another just a few days later, neither of which seemed to be a good fit for us. We received our third situation on February 9 and decided to present.After 11 long days of waiting, on February 20 we received a phone call from the agency that the expectant mom wanted to talk with us. We had a wonderful conversation with her the following day where we were able to introduce ourselves to each other and chat about our common interests. It was two days later that we were told the expectant mom had chosen us! What a whirlwind: from our initial paperwork being sent in to our confirmed match it was four months exactly!
Lucky for us, we had from February until July to prepare ourselves for baby’s arrival and do some fundraising for our adoption. We did four fundraisers? with the goal of raising $30,000. By the time July came around, our prayers had been answered and we had raised just over $39,000 from the tremendous generosity of our family and friends! We were also blessed to have a community bathing us in prayer throughout our journey and supporting us wholeheartedly.?
Throughout her entire pregnancy we had excellent open communication with the expectant mom and she was always confident in her decision. This confidence from her seeped into us and despite having to wait for five months for the birth, we were nearly certain we would be welcoming home our baby in July.?From February to July as we waited for baby, we had numerous conversations with her and we were even able to visit her at the end of March. We also learned she was expecting a baby boy! Over that time, the expectant mom had continuously been telling us that she did not think she would go until her due date on July 28 and to be prepared for an early arrival.? 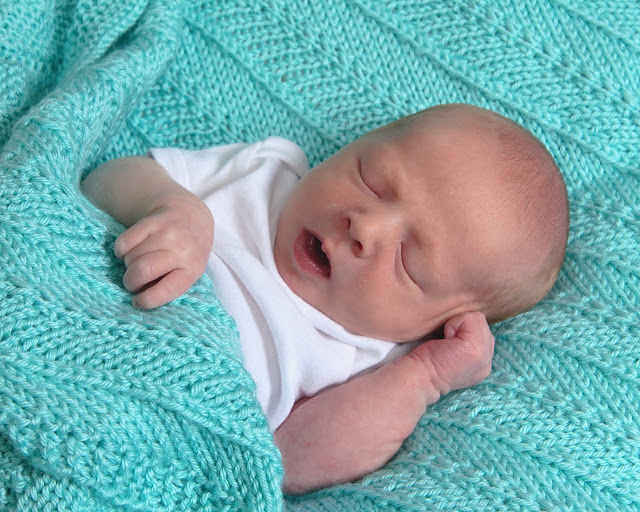 On Monday, July 9 we knew that the expectant mom had a doctor’s appointment for a routine check-up. Both of us went to work like normal that morning, but after being at work for just 90 minutes, Andrea received a phone call from the expectant mom. The amniotic fluid was low around the baby so she was being sent to the hospital for a C-section. Andrea left work immediately and we began making plans to travel down to Florida. Andrea found a flight down to Florida and Tim was going to drive down with his brother. We only told our immediate family that we were traveling down to Florida for the birth. While it was the birth plan to have Andrea in the delivery room; unfortunately, Andrea arrived in the hospital in Florida 60 minutes after the birth. She was able to go directly into the recovery room to see the birth mom. Andrea got to sit with the birth mom and have a chat about the delivery. She learned that the delivery went smoothly and the beautiful baby was 6 pounds, 5 ounces and 19 inches at birth. After a few minutes, baby boy was wheeled into the recovery room from his check-up. The nurse looked at the birth mom and saidHe needs to eat now, would you like to feed him?? The birth mom turned her head, looked at Andrea, and said the most gracious words ever:He is your son, it is your job to care for and feed him. Her response was similar when the nurse asked what his name was, and Andrea was able to respond to the nurse to say he would be namedKeaton. Andrea was blessed to be able to spend the first night with Keaton and Tim arrived to the hospital the next morning about fifteen hours after the birth and was just as excited to meet Keaton.
This brave birth mom continued to be generous throughout our stay in the hospital. She would always ask our opinion on his care or direct the nurses to ask us the questions even though legally she had not relinquished her rights yet. She continuously repeated a version of the phraseHe is their son? to every question she was asked. We were so blessed to be able to behands on? for the entire stay at the hospital. We cannot even begin to express just how wonderful Keaton’s birth mom was throughout her pregnancy and stay in the hospital.
Once the paperwork was signed we let all of our extended family and friends know the good news- our son had arrived and he was ours! We had to wait until Keaton was 48 hours old before we could be discharged and so we were able to leave the hospital on Wednesday night. We stayed in a hotel for two nights and then we were in an Air BnB condo for the next ten nights down in Florida before we were able to come home to Illinois. We have been home now for three months and along with our family and friends are so glad to have Keaton in our family.?
?
It’s amazing looking back and seeing how God provided so much for Tim and Andrea in their adoption. From the faith to begin the process, the generosity?of friends and family, to the beautiful relationship they were able to develop with Keaton’s birth mother, it’s evident God was walking with them every step of the way. Who knew a few simple post it notes could lead to such incredible answers to prayer…