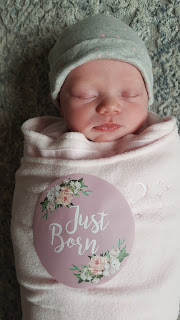 Steven and Sarah started their journey with me in the beginning of November. They were eager to start growing their family through adoption. I witnessed them put their “yes” on the table dozens of times that were returned with doors closed. They remained steadfast and continued to trust God’s plan for their family despite the many times they were disappointed.

They signed on with an agency in February and were matched in March! Sarah has gorgeous red hair and after speaking with the expectant mother she told them that was one of the reasons why she chose them. You really just never know what an expectant parent will connect with!

The next month, Steven and Sarah spent their time building a crib, having a virtual baby shower  and building relationship with the expectant mother. On April 30th, they got the call that the baby was on the way! They packed up their items and headed to the hospital where they were given their own room as the expectant mother graciously requested. Later that night, I received one of the best text messages ever: 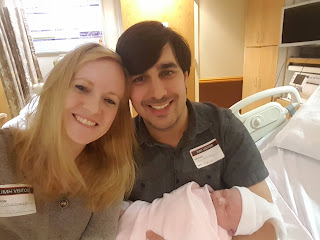 Lydia Joy was born without complications and met the parents that her brave birth mother chose for her an hour after she was born. I love the expressions on Steven and Sarah’s faces – pure joy!

Now that Steven and Sarah are back home with a daughter in their arms, they wanted to share some encouragement for other hopeful adoptive families:

God is so good.  Throughout our adoption journey, we have seen God moving in every detail.  From our very first conversation with a former CAC family to the day we took our sweet Lydia home, we knew that God was in control.  He has taught us so much about the importance of patience and trusting in His plan.  Even though adoption can appear to be a large financial hurdle, God blew us away with his provision and the support system He put around us.  One of the biggest supporters and blessings was Meg.  The Lord led us to her as our consultant.  She was very helpful and on top of things the entire time.  We felt that she knew us and cared for us throughout the whole process.  God used Meg to lead us directly to Lydia and we are forever grateful for her.

Office Hours: Monday-Friday 9-6 EST
Nick and Kim are a CAC family who welcomed their d