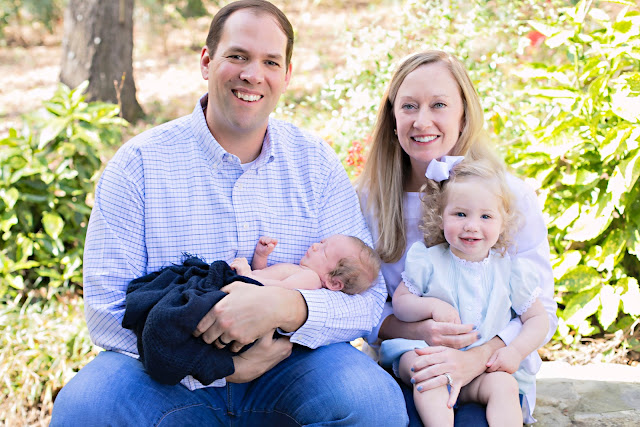 ?
I loved serving Scott and Jenn! They jumped into their adoption journey with positive, expectant hearts.
?
This is the story of how they became a family of four in just 12 months! ?
?
Thank you for sharing your open adoption story, Jenn! I know this will be an encouragement for others who are considering adoption and/or openness in their adoption.
?
?
Our adoption journey started with several years? of infertility as most do. After a doctor’s visit where we were told we were at a junction to either start IVF treatment or chose adoption, we easily chose to pursue adoption. I was tired of being poked and prodded, and the specialists didn’t think I had a great chance of success even with IVF.
We decided to start the adoption process early April 2017 and were referred to CAC through a colleague of Scott’s. We were finally home study ready in June 2017 and started receiving situations at that time. There were some weeks where we did not receive any situations, and some weeks where we would receive 3-4. We would each individually read the situations and then give each other ayes? orno? answer. We both had to agree in order for us to present.
During the waiting process, I daily prayed for patience, guidance, and an eventual perfect match.? I believe we presented to 6-7 birth mothers total, but we lost count. It is extremely heartbreaking when you learn you were not chosen to parent and we always wondered what the expectant mom didn’t exactly like about our profile book.
In December 2017, we received a situation late on a Friday afternoon. We both quickly saidyes? after reading the details. We felt like this particular situation would attract a lot of interest, so we made sure we let the agency know early Monday morning that we were definitely interested.
The expectant mom was to be presented with books to the following Friday morning. That Friday our home state received snow, so Scott and I were both home from work when we received the phone call telling us that we had been chosen by expectant mom,K.
We were completely in shock! Wasn’t K just given books earlier that morning? We were told after seeing profile books, she immediately knew that we were the couple she wanted to parent her child.
We flew to Florida about a month later to meet both the expectant parents.
We had dinner with them at a local seafood restaurant, and the encounter could not have gone any better.
Our daughter was due 2/10/18, but was stubborn about entering the world. She was induced on 2/16/18, allowing us to be in the waiting room when she was born on 2/17/18.
Immediately after her birth, the Birthfather came and got us and we were able to see and hold our daughter, Ellie.
This particular hospital was wonderful and gave us a hospital room for the next two nights so we could keep our daughter and start the bonding experience. During the stay, K and Birthfather visited multiple times.
Their last visit before the baby and K were discharged was one of the most heart wrenching times of our lives. We knew this wasn’t the last time we would see the birthparents as we had agreed upon an open adoption, but it was difficult seeing the birthparents? experience as they grieved.
? 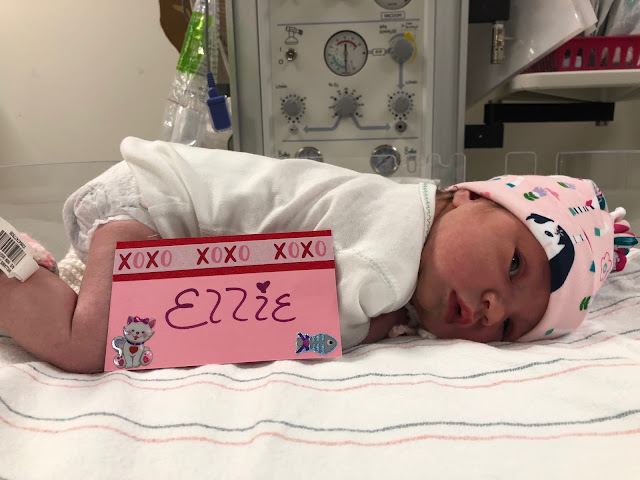 We visited the birthparents in Florida several months later and again the visit could not have gone better.
K had planned a dinner where we were able to meet our daughter’s biological grandparents, aunts, uncles, cousins, and friends.? We also spent several hours on the beach with the birthparents and our daughter’s half siblings.
? 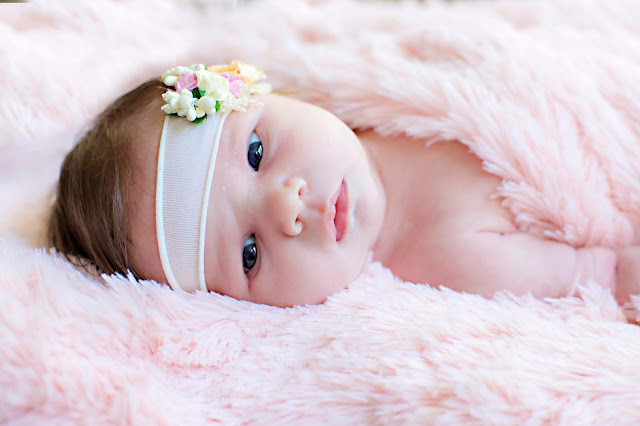 Fast forward a few months later when we were getting into the routine of life with a 7 month old. I received a phone call at work from the area code of the birthparents. I normally cannot answer my phone during work hours as I work in healthcare, but I actually had the time to answer this phone call.
It was our agency informing me that K was pregnant again, wanting to make an adoption plan, and desired us to parent the child. K was embarrassed she had become pregnant so quickly and was scared we would sayno? so she had approached the agency versus telling us directly.
While we were not financially or mentally ready for another adoption, we could not say no.
We called the agency back the next day and agreed to adopt baby #2. His due date was 2/9/19, just one day before my daughter’s due date was.
We had four months to prepare for our son’s arrival. During the hospital stay for his birth, again we visited with birthparents continually until we were discharged.
? 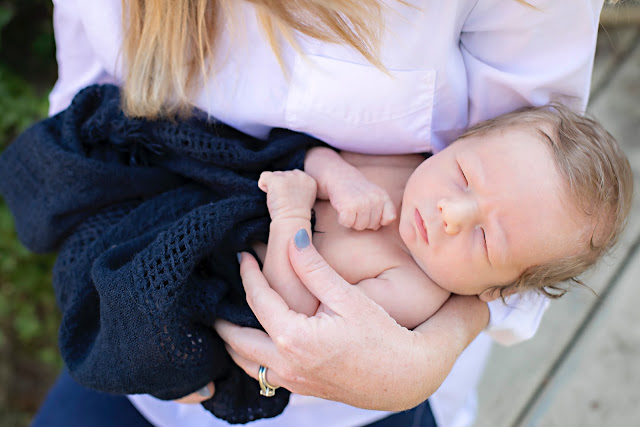 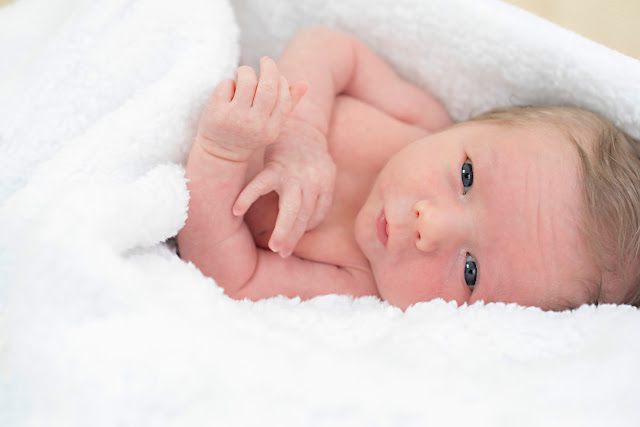 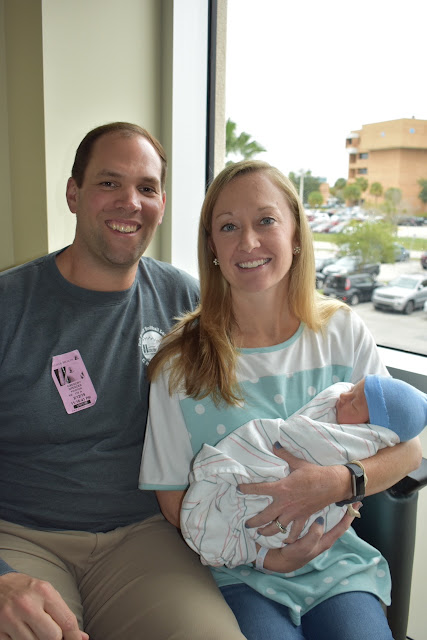 On the day my son was discharged, the birthparents wanted more time with both children, so we stayed one more night in a hotel room in the area where they came and spent several hours with us.
? 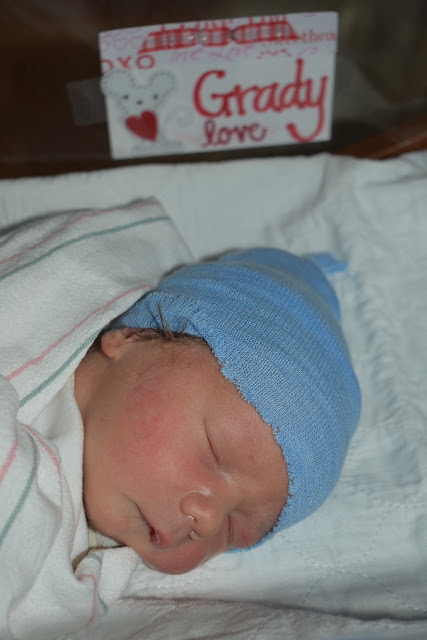 The crazy thing about having two biological children within one year of each other is that I had always had a desire for twins. In the days of high school and college when you envision your future family, I saw myself with a set of twins. I thought infertility would bring me this set of twins, but that obviously proved unsuccessful. God has a funny sense of humor, because I now have Irish twins!
I wanted to write our story to encourage those waiting not to be afraid of an open adoption. The relationship we have with my children’s birthparents is a beautiful one and I hope it continues to evolve.
We struggled initially with finding the best way to communicate with them, but now we message each other almost once a week.
Openness can obviously be a terrifying commitment when you first consider it, but it can be healthy and rewarding as well! Education and great agency support is key.
Of course we cannot thank Gretchen and CAC enough for all of their support and guidance along the way!