Everything can change in a moment. This was the case with Sam and Lori after waiting just a few weeks to be matched. A phone call about a mama expecting a boy…due in a few months. But then, a surprise call and just three days later they met their son.

And those weeks waiting weren’t wasted. They had the chance to hear about other expectant and birth moms: learning a bit of their stories. The hard and the broken and the brave. And although they weren’t matched with any of them, they had the amazing privilege and opportunity to pray specifically for each one. A mama. A father. A baby with their whole life ahead of them. Details some closest to them might not know that Sam and Lori could pray over specifically.

Sam and Lori’s story is a beautiful reminder that God never wastes the wait. And that God is always working, even when we can’t see it. 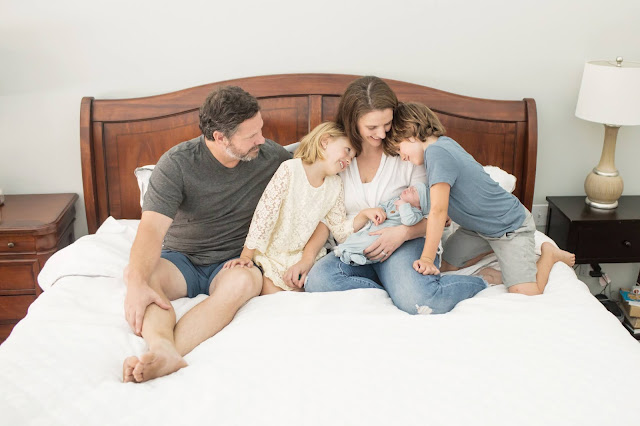 Sam and I met in 2007 and from the very beginning, we knew adoption or fostering would be a part of our story. We also knew we wanted a large family with a house full of kids. Fast forward to 10 years of marriage, two kids, and we were struggling to have a third. After some prayer and many heartfelt conversations, we felt called to pursue adoption. God’s presence was felt from the very early stages as we went to church the morning after looking through the list of items we’d need to compile for the home study and reviewing budgets and costs. Feeling overwhelmed at the mountain of paper work and costs in front of us, our pastor spoke that morning about how we are called by God to father the fatherless. That was it: we were all in with both feet.

We completed our home study in early March and met with Susan shortly thereafter. We believed God had the perfect child for us and because of that belief, we choose to present to almost every situation as we did not want to miss out on His perfect child for us. This resulted in a few months of “nos” and some questioning: Were we being told no because we already had two children? Would we ever hear a “yes”? We were ready now, why weren’t we being matched? Susan helped to remind us that for each “not yet” some family received a “yes” and that we had the unique privilege of praying for these mommas and babies whom we had come to know ever so briefly and for their forever families. So that is what we started to do, and what a shift it made in both our reactions to the “not yets!”
On May 1st, we received a call from an agency. We had been matched with a beautiful mom just an hour and a half away from us, due in July with a baby boy. We were ecstatic, overjoyed, and the next morning we began to prepare for our baby boy. We called our family and told them the news. That night, the phone rang with a call from the agency. It was a Saturday and our hearts sank thinking the mom had changed her mind. It turns out the call was much different: she’d gone into labor ten weeks early and was expected to deliver the baby that night! We quickly packed and traveled to the hospital and at 1 am on May 3rd, I was able to meet our son in the NICU at 3 pounds and 9 ounces for the very first time. His mom and I visited into the very early morning hours and we continued to visit over the next several days and I am so grateful to have had this time with her. I was able to get to know her, her story, and the love she has for her son.
May 6th, we were able to hold our tiny son for the first time and over the course of the next five weeks, Sam and I took turns visiting him in the NICU. Due to COVID, we were not able to be in there at the same time and our older children were unable to come visit him, but the NICU nurses were amazing. During the next five weeks, Lucas continued to defy the doctor’s expectations and exceed and meet all of his milestones. At just 35 weeks and 5 pounds, we were able to bring him home. God during this time continued to provide for us and for Lucas. 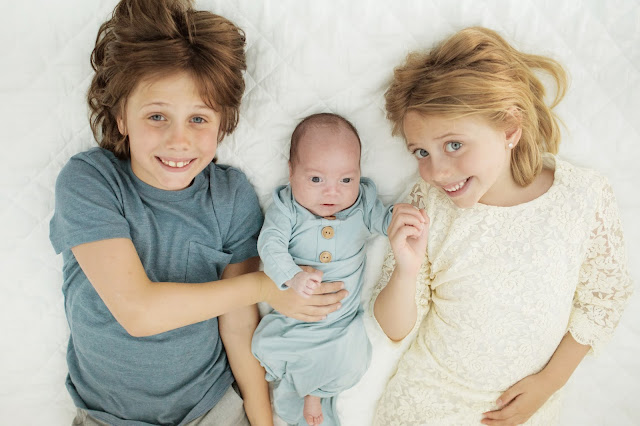 Lucas is now five months old and he continues to show us his strength and ability to overcome. He’s been the most perfect addition to our family and we are so grateful for God’s continued provision for us as he answers our prayers.