Keith and Summer were childhood sweethearts and had a lot of time to talk about what their future would hold. They dreamed about adopting…someday. They married in 2001 and went on to have three boys. After their third son, they began talking more seriously about adoption when Summer felt God saying “not yet.” It wasn’t long after that they were surprised with baby #4 – another boy! That’s when Keith and Summer began to pray again about the possibility of growing their family through?adoption… 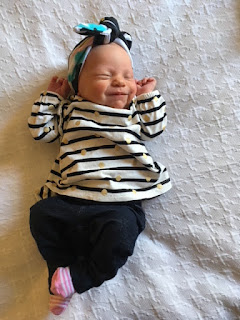 In 2015 I began to look into adoption some again. I also began to pray. I prayed first that if He did not desire for us to adopt that He would take the desire from my heart…it only continued to grow stronger. I also began to pray that He would unite mine and Keith’s hearts concerning adoption because Keith was not ready and only God could do that. I also began praying for the woman who would become our child’s birthmom. I continued to stay in the Word and pray daily for confirmation, guidance, direction, and wisdom. I was amazed at the the things He taught me during this time and am thankful that I wrote these things in my prayer journal.

During the fall of 2015, I was searching Pinterest for adoption related posts and came across Susan’s blog where she shared her heart for adoption and I could also read so many stories of other couples and families who had adopted and how God had written such beautiful stories. I had also begun to share with close friends my desire to adopt and had asked for them to pray for us One friend sent me a story written about a friend of hers who had recently adopted (the story was actually from Susan’s blog). So I began to look more into Christian Adoption Consultants and Susan in particular. In early 2016 I began to contact Susan to find out more about how CAC worked and continued to pray. In May of 2016 Keith was ready to move forward with CAC and we signed on with Susan and began working on completing our home study and profile book. It was a busy summer so we did not finish everything until late September and began to apply to agencies in October. We only presented to a few situations the first couple months. In February of 2017 we heard about 5 possible situations?in one week! We were so overwhelmed on who to present to, who to wait on, or if we should pull our names out of a situation so we could present to a different one. The Lord was faithful though and one night while I was wrestling with all this in bed He laid a verse on my heart…Exodus?14:14:Be still and I will fight for you. So we were still…we stuck with the first situation of the week, were presented, and were not chosen. I knew though that the Lord was fighting for us. Fighting for us to stay on the path that would eventually lead us to the child He had created to be a part of our family. 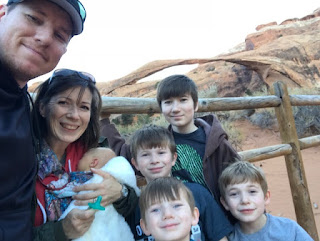 While on this path our hearts were changing some. We were becoming more patient and relaxed with the process and the wait. Some of our preferences were changing as we learned to trust Him more and learn more about adoption in general. I began to desire to be matched with an expectant mom and dad (rather than just a mom).

We continued to see a few situations here and there and presented maybe once or twice a month and then settled into another very busy summer. In July we began the process of updating our homestudy since our background checks would be expiring in August. Before we knew it it was September and things were settling back into routine. In mid-September I saw a situation for a baby girl due the end of October that I felt good about but the expectant parents said they desired a family with no other children. However, they would consider those that did have children. Keith was preparing to go out of town on business for a week so I told him about it and we decided to present but neither of us really thought much more about it. The middle of that week though we both got the best and most surprising call. We had been chosen! The expectant parents wanted to meet us so we flew a few weeks later to meet them and their three children. We fell in love with the whole family! So many little things on that trip provided even more confirmation for God that this is the family he had prepared us for so long to meet. We learned that what drew their attention to our profile was the dimple in Keith’s chin. The expectant mom has a similar one and it was their desire for their daughter to look like her adopted family. 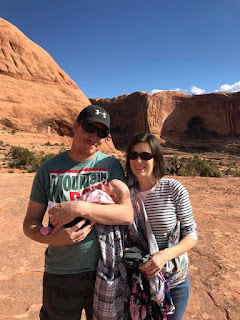 In mid-October we returned for the birth of our daughter Edyn. Her birth parents cared so much for her and loved her very much. We are sad that both of her birth parents currently desire a closed adoption. We pray that one day when their hearts have healed some that they may reach out to the agency and ask about Edyn so that she can know them and her siblings in some way and know how much they love her.
Susan@ChristianAdoptionConsultants.com