“We tried again and lost a fourth baby over Christmas…” Josh and Laura had dreams of building a family, but could’t imagine what was in store for them when they got married. Today Laura shares how faithfully and powerfully God showed up, right in the midst of their brokenness, and invited them into new dreams. 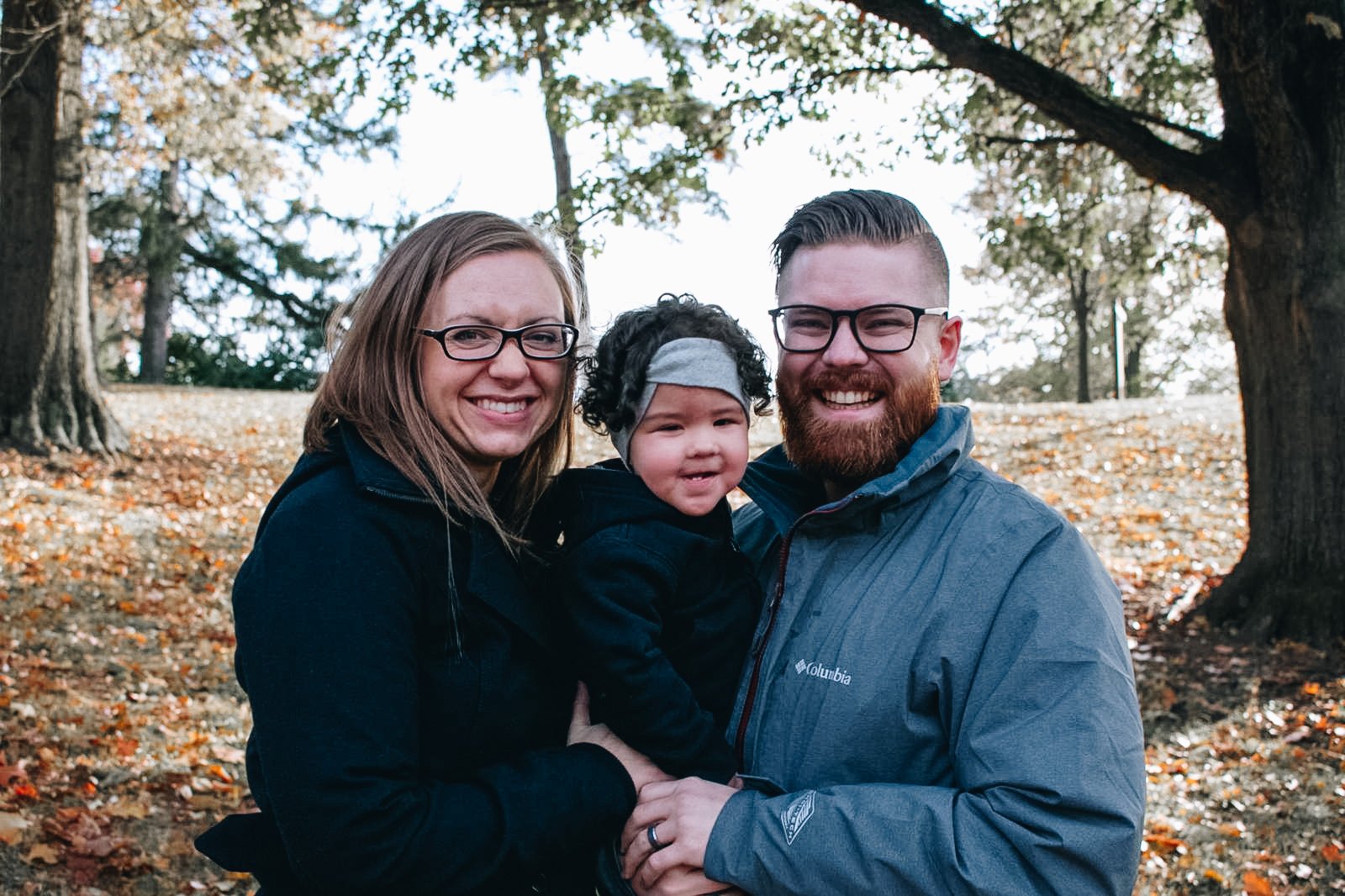 Before we got married, Josh told me that he wanted to adopt kids from all over the world. I’d never really thought much about adoption, but I didn’t have anything against it. But what I really wanted were kids whohad their daddy’s smile? ortheir momma’s eyes.?

Several years into our marriage, we started trying to have kids and within a year and a half, lost three babies in early miscarriage. One was ectopic and I almost lost my life as well. Those years were hard. Friends having babies. Going to baby showers. Begging God forour turn. Trying to figure out what He was trying to teach us.

After the third miscarriage, we learned of some genetic factors that were likely playing into my body not carrying the babies. We found an awesome doctor and went to work making big lifestyle changes to get healthy so that we could reach our dream of having kids. Two years later, we tried again and lost our fourth baby over Christmas. At that point, we were both done. We were angry. We were confused. And we were in desperate need of healing.

God used the loss of our last baby to finally stop me in my tracks of trying to achieve my dream of having kids, and I was finally coming to Him broken asking,God, what do you want to show me?? Josh didn’t realize it, but he’d built a wall between himself and God and felt like God had really messed things up. Josh felt like he had to step in and fix the mess. God, in His kindness, knew that the wall needed to come down.

We didn’t know how to get there, but we knew we needed healing. I was begging God for it.

God used multiple people in our lives that year to bring that healing to our hearts. Showing us that our four babies in Heaven had a purpose even though they’d never taken a breath. Showing us that even though He allows us to experience deep pain, it’s pain that He knows. And He meets us there in deep ways where we experience the sweetness of His presence. It doesn’t make it easy, but it gives meaning to the pain and shows you the great worth of Jesus.

The Fall after our last miscarriage, we knew we wanted to adopt, but life was really busy. I decided to ask God to show us when it was time to start the process by having someone give us money. We weren’t fundraising at that point, and I didn’t care what the amount was; $10 would have sufficed! But I knew we needed direction from Him.

That December, God blew our minds. In a matter of two days, we were given a large sum of money. Talk about a sign! There were so many happy tears! And we knew that it was clearly time for us to sign up with Christian Adoption Consultants. So, we contacted Susan and began the paperwork journey. In April, we started receiving situations and said yes to multiple expectant moms. That was such an emotional rollercoaster. In August, after waiting two weeks for an expectant mama to decide and then hearing that she chose another family, I began asking God to have ouryes? come soon. I wasn’t sure my heart could take morenot yets.?

September 12 was the day our lives changed. We were meeting with a mortgage broker getting the paperwork in order to buy a home when we got a call from Susan. Our meeting was close to being finished, so we didn’t answer. But we knew something was up after we both had missed calls and texts from her. I called as soon as we were in the car. Susan had informed us that an expectant mother had fallen in love with our family, was currently in labor, and wanted us to be there to cut the cord. Could we go? I was balling on the phone with Susan asking her to tell me what we needed to do next. Of course we would go!

Josh works at our church, so we stopped by to get his computer on our way home. Our pastor booked flights for us to leave that evening, and so many others went into action to help us as well. It was so surreal. We got the first picture of our baby girl as we were walking through security at the airport. We made it there and found a hotel by 2am. The next morning we got to meet this sweet birth mama and baby girl. We had prayed for an open relationship with the birth mom, and we had such a good time connecting with her that day. We had picked out names on the plane ride once we knew it was a girl, but we couldn’t decide on Rae or Quinn for her middle name. Her birth mama didn’t have a name picked out, so we chose her name, Anora Rae with her. She liked both Rae and Quinn, so we all decided on Anora Rae as her first name and Quinn as her middle. It was really special to get to decide on her name together.

Our first few months with Anora Rae felt like a whirlwind. But she’s been such a sweet blessing. Fifteen months later we still can’t believe how good a gift she is! God has been so faithful to answer our prayers. He has been abundantly faithful and shown us over and over again that He is a tender, loving Father who is worth following.