John and Kayla had a clear call to adopt at the beginning of 2017 and began asking God to bring them to a child by Christmas. It was a bold, audacious prayer. They trusted God to write their story, but wondered often throughout the year as they walked through hiring Christian Adoption Consultants, got their home study done, and began waiting for a match if their prayer would be in God’s timing. Kayla shares how God showed up and answered their prayers in the most unexpected and amazing ways… 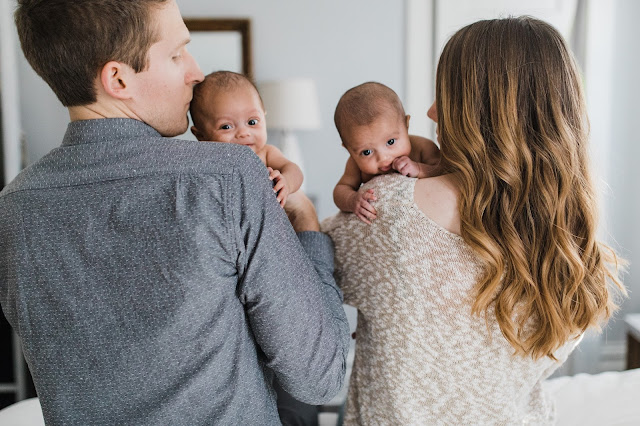 The sermon that day had nothing to do with adoption. But on January 1st, 2017 John and I walked out of church both feeling led to start the process. Even while we were dating we had talked about adopting, but it wasn’t until that day that we decided to take the?first steps.?
Our first step was to pray and gather information. For two months, we spent time talking with friends who had adopted, researching our options and learning as much as we could. During that time we questioned if this was what we were supposed to be doing and if the timing was right. We had not tried to get pregnant yet and we experienced some doubt about where God was leading.
After more prayer and some encouragement from our pastor, in March we hired Susan to be our adoption consultant. We loved the idea of having her walk through the process with us and give us wisdom and insight. During this time we started asking God for a child by?Christmas and decided to also boldly ask him for twins. We loved the idea of our adopted children being able to share the same story.
By the beginning of August we were home study approved and started to review expectant parent situations. We received manynot yets? but had to continually remind ourselves that God knew best and would lead us to our child. After several months we started to think that?this was not going to happen before Christmas and that we would have to be ok with God not answering our prayers the way we wanted him to.
A few days before Thanksgiving we received information about an expectant mom who was pregnant with twins. Again we surrendered to the Lord knowing that if these were our children he would lead us to them. We were hoping to hear an answer before the long Thanksgiving weekend but we did not. More waiting.?
On Monday we received the most life changing phone call! Not only did the expectant mom choose us to be the adoptive parents, but the twins were born on that Saturday, seven weeks early! I was shaking for the rest of the day and barely slept that night. We couldn’t wait to meet them!?
But more waiting came. We did not receive photos of them for almost a week after they were born. We were waiting to get the call that we could go to Florida to meet the precious babies. One day turned into another day, which turned into weeks. That waiting was?absolutely the hardest part in the process. We knew these babies were alive and we had been chosen to be their parents, but we did not know if the adoption would go through and we had to wait to meet them because of legal complications that needed to be sorted?out.?
We prayed that God would help the babies grow from their small 3.5 pounds and that they would thrive in the NICU. They were each in the NICU for less than two weeks and a wonderful woman cared for them while we waited to be able to go. What an incredible gift from?God she was.?
After a lot of prayer, and begging God to be able to meet these children, we were finally able to go to Florida and met the little ones a few days before Christmas. It was incredible to meet them and hold them, but was also challenging as we tried to guard our hearts,’still not knowing if the adoption would actually pan out. The first two weeks we had to pick them up and drop them off each day because we were not the legal guardians. We expected to have to wait at least a few weeks.

But after more praying and asking God this time if things would go faster than anticipated, we finally became the legal guardians on January 3rd! I spent the next couple weeks in Florida with them overnight and waited for ICPC to go through. John was able to fly?down three times to visit. On their due date, we headed home!? 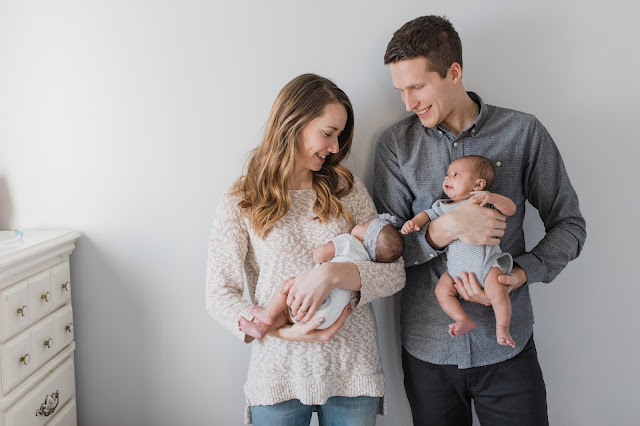 It didn’t happen how we pictured it happening. We did not get to be there when they were born and we did not get to spend any time in the NICU with them. But what an incredible, humbling experience to watch God answer one prayer after another (way more than we even had time to explain here), proving himself faithful and trustworthy; a good Father.

We did not always know what was going to happen next or what we would be called to do, but God was always faithful to show us what the next step was. We are so thankful for these little ones, Ariya Grace and Adrian Alexander. 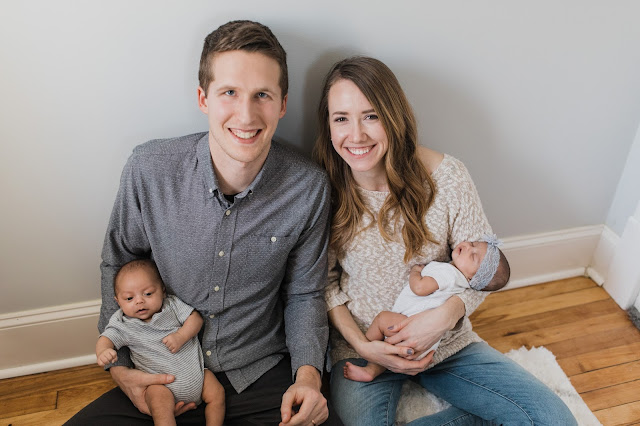