I knew the moment I first talked with Erik and Sarah that they had huge hearts. Their love for each other and their son was so evident. And they were developing a love for adoption. From the very beginning, they knew they didn’t just want to open their arms and hearts to a baby. They wanted to love an expectant and birth family as well. Erik and Sarah didn’t know all this would mean for them as they went through their adoption journey. It would include heartbreak and hardship. But it would also include hope and an unexpected and beautiful relationship with a couple that they treasure. Sarah graciously’shares their journey to parenthood and the family they couldn’t have known they would find on the other side. 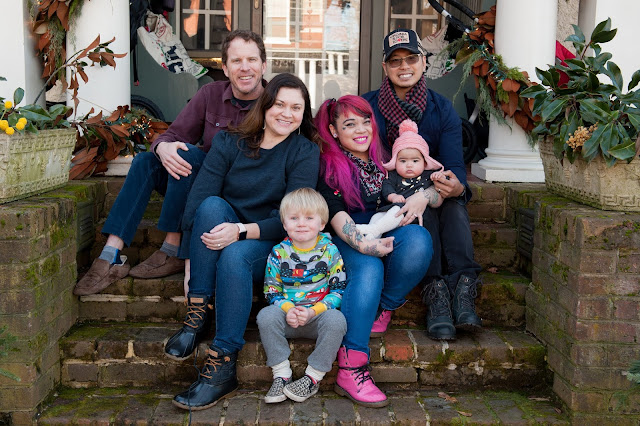 It has taken me 9 months to put our story on paper because, frankly, I just did not know if I could write it down. The adoption process?and the wait felt both long and short. It pulled my husband and I together some days and apart other days. It brought us great sadness and great happiness, sometimes even on’the same day. But now we are here, with this precious little girl and in an open adoption with her birth parents. It was all worth it. Here is our story.
I will lay out our timeline because while we were waiting I would read others? stories and search like mad for specific details to try and figure out how much time they spent at each step. In early 2017 we went through a number of failed rounds of IVF and we were at a crossroads. I was ready to continue IVF at any and all cost, my husband, not so much. He felt he was done. He was satisfied with our family, he wanted me to be satisfied too. We had a wonderful two year old boy who was created by IVF, my husband was happy.
A few days later my best friend was telling me about a friend-of-a-friend who had adopted two children through Susan?VanSyckle. A week later I was on the phone with Jamie (thank you!), who opened her heart and story and explained so much to me.Father’s Day, June 15th, 2017, I brought up adoption to my?husband and he was willing to consider it with me. So I emailed Susan that night and we signed up with Christian Adoption Consultants that week. Three months later, mid-September, we had completed our Home Study, Profile Photo Book and Agency Applications. We started receiving profiles of expectant mothers in October.
In November we matched with an expectant mother in Florida due in January. Two weeks later we flew to Florida to have dinner with the expectant mother. We felt we hit it off great with her. We returned to Florida for the birth of this baby boy in mid-January 2018, however, the day after the birth she decided to parent. It was the right decision for her, but it was a deep dark time for us. We returned to Virginia and we decided to take a break. Well, we really?did not know what we wanted to do, we were just existing. We tried to simply get?through it one day at a time. Our friends and family supported us. It was so hard, but we started to breath a little easier as the days turned into weeks.
In March 2018, another agency emailed with me and asked if I was going to complete our application with their agency. It was an agency that I had dropped earlier because we had matched in Florida before we had a chance to complete their paperwork. I told her I would go ahead and complete it but we?did not know if we were going to?try for another adoption. A few days later we decided to go on a family vacation, just us and our son. The day before we left for the?vacation we received a profile of an expectant mother sent to us from that agency. We decided to submit our profile book to the expectant mother. We started to feel?hopeful again. On vacation we?learned the expectant mother had narrowed it down to us and another couple. The last day of vacation we found out that we were not chosen. However, two weeks later, early April, that same agency sent us another situation, of similar characteristics, because she felt it was a?possibility for us. We again’submitted our profile book to this new couple because we liked everything we?read about them. That same evening we found out they had chosen us. A week later we found ourselves?talking to them on the phone. They could not have been any sweeter, cooler or more open. We were now in our second match in?approximately five months. We flew to Texas the next weekend to meet?this new couple in person. Later, a c-section was’scheduled for June. We waited and built our relationship via text?and phone calls with this couple. Baby Victoria Alair was born on June 21, 2018. For those who are counting, our?journey took exactly 1 year and 7 days from the’day I emailed Susan until we were holding a?baby.

We named her Victoria Alair. Victoria is after her birth mother. Her middle name is my middle name. I?intended to name her Alair Victoria, but it just didn’t feel right, her?birth?mother came before me, her name’should?reflect such. 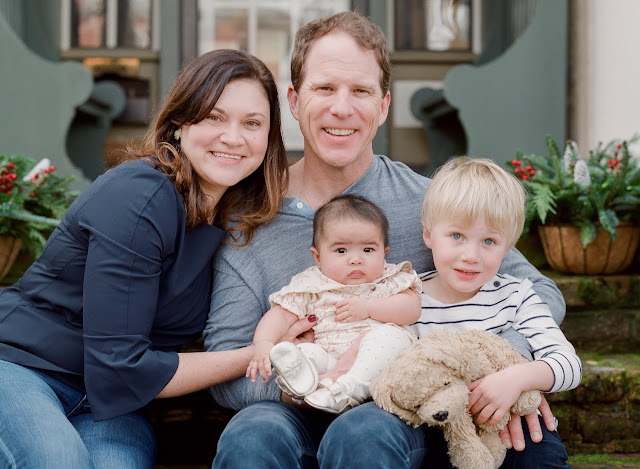 Post-birth was bitter sweet. We now felt like her birth parents were our?friends. We were in one room crazy happy. They were in another experiencing deep pain. Paperwork was signed in’the hospital at the 72 hour mark. We then checked into a hotel with baby Victoria to wait out ICPC. Victoria’s birth?parents visited us in our hotel every night. I know it was not easy for them to show up, to see us with?their baby, but they did it because they really wanted to see her and connect with her. If you have not been in this spot yet, please do not let our situation scare you away from adoption. It was only because of these two particular people that it was okay with us. Had it been under different circumstances, we would not have been as open or willing to start the openness immediately.

ICPC took the full two weeks. We were given permission to return to Virginia on July 7th. I jumped?immediately to book a flight, I was dying to reunite with our son. Baby Victoria slept?that?morning while Momma?Victoria helped me pack. (My?husband had already left Texas the prior week because he needed to return to work). Momma Victoria followed behind me in her car as I drove with baby Victoria to the?airport. She drove straight, as I’veered off the road towards the airport. I will never forget that moment. 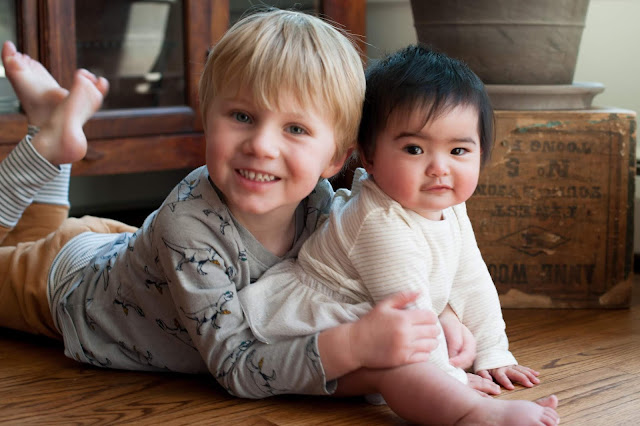 Now we have this precious bundle of joy between’the four of us. We have a family consisting of birth parents and an adopted child that we never imagined in our wildest?dreams. However, we also have a daughter for which we have big hopes and?dreams and birth parents who we have to thank for all of it.Daily my husband says we are blessed. I returned to Texas with baby Victoria when she was three months old for a quick three day visit. I know it was not easy for them, the wounds’still so raw, but they wanted to see her and I wanted them to see her. They returned the favor when she was six months old by flying to Virginia?for a four day stay with us during Christmas. We plan to see?them again in Texas around her first?birthday.

There is definitely a lot of unknowns between now and when baby Victoria is all grown up, but I am confident we will all just try and do the best we can for her, because we all love her.