As an adoption consultant, I get a lot of questions about what makes the “perfect” adoptive family: questions around age, family make-up, even income. Are we too old? What if we have too many kids? We live in such a modest house…on and on the concerns can mount before you even start.But what about a single woman wanting to become a mother?

In over a decade working in adoption, I’ve found over and over again there’s no perfect adoptive family. The misconceptions and myths we believe about adoption are just that, misconceptions. Expectant and birth families are looking for someone they pray will love their baby as much as they do. And they have unique ideas about the ideal family, just like everyone dreams of.

So I knew the first time I talked with Emma, I could confidently tell her that if God had called her to motherhood, there was an expectant family out there who would think she was the perfect mama for their baby. Today Emma shares her story: her fears, her wait, and her answers to the prayers she had been praying for years… 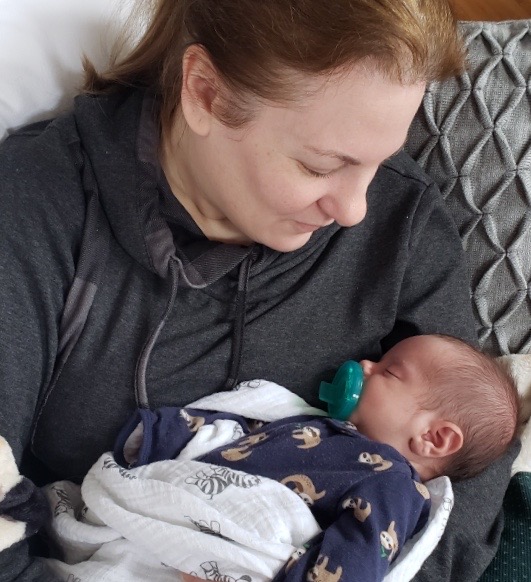 Like many who have gone through the adoption process, my story is one of waiting. But mine is a less traditional story of waiting. I was never that interested in marriage, but I always knew I wanted to be a mom. However, I thought I should be married, so I waited.  I waited for the right person to come along. Once I got into my late-30’s, my desire to become a mom was growing with each passing year.  I had discounted adoption as an option; after all who would pick a single woman when there were so many wonderful two-parent families to pick from? So I decided to get some fertility testing, and was told by my doctor I needed to move forward with aggressive fertility treatments almost immediately if I wanted to become a mom. It was a whirlwind; I didn’t feel comfortable with the course of treatment, but I thought I didn’t have any other options. I felt called towards adoption, but I ignored the desire God put in my heart and went with the doctor’s recommendation.

The fertility treatments were also full of waiting, and in the end none were successful. So a few years later I was back to square one, and I still felt strongly called towards adoption. This time, I decided to listen to the desire that God put in my heart. I investigated the possibility of adoption which led me to Susan and Christian Adoption Consultants. Susan was wonderful; she reassured me that she had worked with single moms in the past and she was confident that I could become a mom through adoption, but she never made me feel pressured. It was the opposite experience I had had with the fertility doctors I had worked with, and it was all I needed to sign with CAC in September of 2018.

Initially there was a rush of things to do, but then I had more waiting. The wait was challenging, and I presented many times with answer always being “not yet.” Then in July of 2019, an expectant momma picked me! This expectant momma didn’t mind that I was single, and she later told me the fact I was single was a positive for her rather than a negative.

However, even with a match, I had a five month wait for this baby to be born. Those five long months were exciting, joyous, and anxiety producing. But in December 2019, my son was born – I was finally a mom. I got the amazing privilege of deciding on a name together with his birth momma, and then getting to know her better.

Office Hours: Monday-Friday 9-6 EST
Nick and Kim are a CAC family who welcomed their d