The typical time frame for an adoption is anywhere from 1-3 years on average. With Christian Adoption Consultants, it’s 6-10 months after a family is home study ready. But I love how God throws out “typical” and “average” and does things in his perfect timing, even when it doesn’t make sense. God takes the unknown and questions and provides answers that finally make sense. God can even exchange years of hurt and brokenness and turns it into celebration and healing. And sometimes, He does it in what seems to be record time. For Derek and Stephenie, this has been their story. Their sons’ story. And ultimately, God’s story. Read on as Stephenie shares how their son came to be theirs in a matter of days… 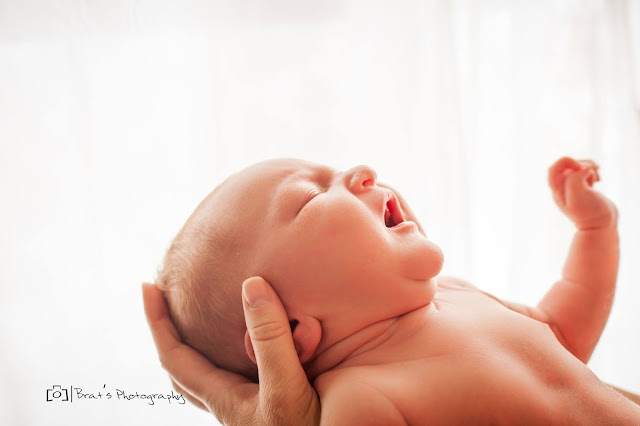 As the heavens are higher than the earth,?
so are my ways higher than your ways?
and my thoughts than your thoughts.
Isaiah 55:9
?
The beginning of our story…
When we married, we became a blended family raising two biological children and a stepson from my husband’s previous marriage.However, we also wanted to have a child, born of the two of us, to raise and love and grow our existing family. We had discussed adoption and foster care, even from day one, as something that we wanted to pursue in the future. With the challenges and time commitment that often come with solidifying a blended family, these plans got put on the back burner.In addition, two years into our marriage, I was diagnosed with infertility.Over the next three and a half years, growing our family was not something we discussed. While the hope was still there, there was almost a surrender of the dream at the same time.?
?
Winter 2015
But last year, we both felt the Lord very strongly leading us towards growing our family and doing so through adoption.Several times we talked about it seriously, but didn’t act.Last winder,?it became something that we could no longer NOT think about.The promptings of the Holy Spirit were too strong and frequent to neglect. I began doing research on adoption agencies, adoption costs, and the entire process.Our youth pastors had recently adopted and presented their story to the congregation as part of a sermon. My husband and I left church that Sunday knowing without a doubt, this was the final confirmation we needed and that we had to finally act and get started on our adoption journey!
?
April 15th, 2016
We signed with Christian Adoption Consultants?and found a local agency to begin our home study process.The next three months were consumed with prayer, educating ourselves, gathering paperwork and clearances, meeting with social workers and preparing adoption agency applications and paperwork.I began gathering items to prepare a nursery and cleaned out and painted the room we were using as anoffice? at the time.
?
I had no idea what God had in store for us in terms of a wait, but kept hearing him say BE READY.Therefore, I did my best to be obedient to that word, despite others telling me toslow down,?don’t you think you?re doing too much? andmaybe you should wait until you?re at least matched.I didn’t listen and pressed on!
?
July 28, 2016
We received our home study, physically in hand. We made a social media announcement that we were now in the matching phase and our consultant Susan began sending us situations of which we thoughtfully, prayerfully, and seriously contemplated.The social media announcement prompted the mother of a student I had taught in first grade three years ago to privately contact me that as a labor and delivery nurse at a local hospital, she would keep me in mind in case a situation came into the hospital.I politely thanked her but didn’t give it much thought.I had made all of these plans and had researched the possibility of travel plans and interstate compacts and everything potentially ahead.But?God had other plans that were definitely not ours!
?
August 3, 2016
ONE WEEK LATER I woke up to a message from this dear, sweet labor and delivery nurse that overnight she had met a couple and felt she had something for us.I sat in shock looking at my phone, wondering what in the world this meant and what to do!I got some basic information and?immediately contacted Susan to get counsel. She gave valuable advice and we moved forward.That same day I called the expectant mother. We had a brief conversation to make dinner plans for the following Friday night.Her supposed due date was August 14th, and since it was August 3rd, no one wanted to waste any time!
?
August 5, 2016
On Friday?the expectant mother contacted me mid-morning stating that she was not feeling well, having some back pain and wanted to change our meeting to Saturday for lunch. We now had a new plan!
?
August 6, 2016
On SaturdayI woke up to several missed calls, two voice mails and multiple texts from the birth family.The back pain turned out to be contractions and the birth mother had been in labor all night and was about to give birth.The messages were asking us to come up to the hospital. Some of my thoughts: we haven’t even met yet?how do you know that you want us to parent your child?how do we know that we are a matchI just found out about this family and child two days agoI have no idea what to do?? ADRENALINE!!!!I woke my husband and was ready to travel to the hospital. He brought some sanity, steadiness (as he always does) and asnap out of it? sort of wake up call that we needed to pray, seek wise counsel, and take our time.So we did. We got ready and on the way to breakfast we got a text from the birth family stating, It’s a BOY! I inquired as to everyone’s health and well-being and left it open for them to let us know if and when they wanted us to come up to the hospital. 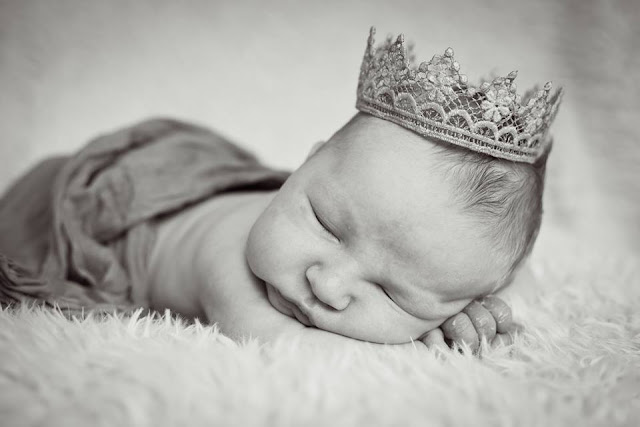 This was a long few hours.At 12:00 noon that day, my husband and I looked at each other and saidit is only noon ! ? We felt like we had lived several days in one! We kept ourselves busy and low and behold, the birth mother text saying It’s all over, we spent time with him and he is in the nursery.You can come up here. We jumped in the car and took one of the longest car rides of my life on the way to the hospital to meet a birth family we had only spoken with and possibly our son that was supposed to be born two weeks later! We walked into the hospital room and shared our story with them and likewise, they shared theirswith us.The connections and similarities were nothing short of miraculous! This was our son’s birth family and they assured us that we were everything they had hoped for to raise the child they gave life and birth to (which we still had not met or seen).
August 7, 2016
The following Sunday morning, the birth mother texted asking that we come up to the hospital.They were going to have the baby brought into her room and that way would be able to see him and meet, what just a few hours later, would be our son! We spent quite some time that morning with our son’s birth family and with this precious baby boy. What a surreal and emotional experience this was. When asked by the birth mother if we had considered names, we had decided on a middle name, which was my husband’s middle name, but not a first name. We asked, if it was OK with them, could we name him Barrett? which had deep meaning to his birth mother.She was thrilled and stated that her father would be happy with that as well. 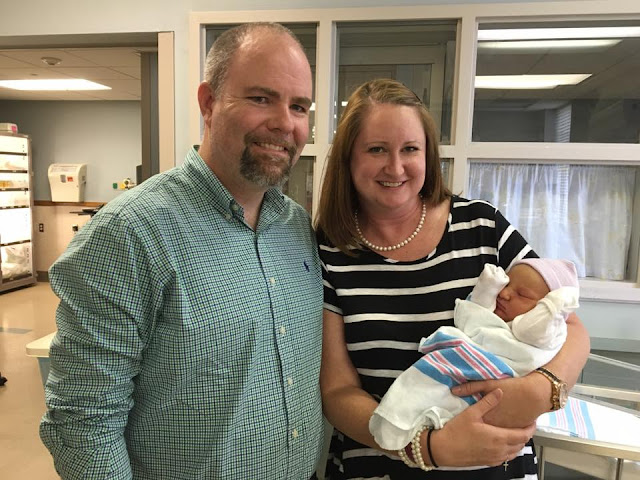 On Sunday evening around 5:30pm Barrett Creighton became our child! He was discharged to us on the next day. We share an open adoption with his birth family and we text almost daily with pictures and updates.
So to recap?God and God alone orchestrated the path, steps, divine appointments and timing that brought us to our son.Nothing that we had done up until that point got us to where we were to receive this miraculous blessing (other than initiating a home study and the invaluable advice and education gained through CAC and Susan).Our adoption agency applications were in the mail while all of this was taking place!
Remember when I told you that I heard the Lord say BE READY?? 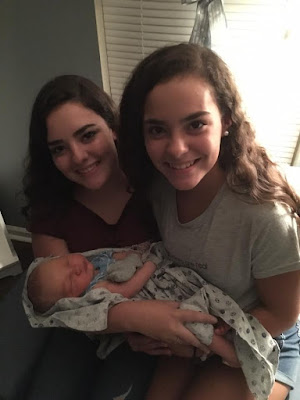 Never underestimate the connections and relationships you have in life.The mother of a former student found our birth family, the parents of two other students were able to advise us on what to do with an identified adoption, and the mother of another former student is the nurse at our pediatrician’s office!Always be willing and open to what the Lord would want to do in your life and the path He wants you to take to get there.If I had been set on sticking with the plans that I had made, we would have missed out on our son! Who would have ever thought or been able to plan this miraculous, divinely orchestrated story? We are so in awe of God and His ways and thoughts that are so much higher than ours. We are so thankful and grateful for His love, grace and faithfulness towards us.Barrett is perfect for our family and we believe that we are prefect for him, upon the Lord’s placement of him in our lives. We daily seek to be the best possible stewards of this incredible GIFT we have received!