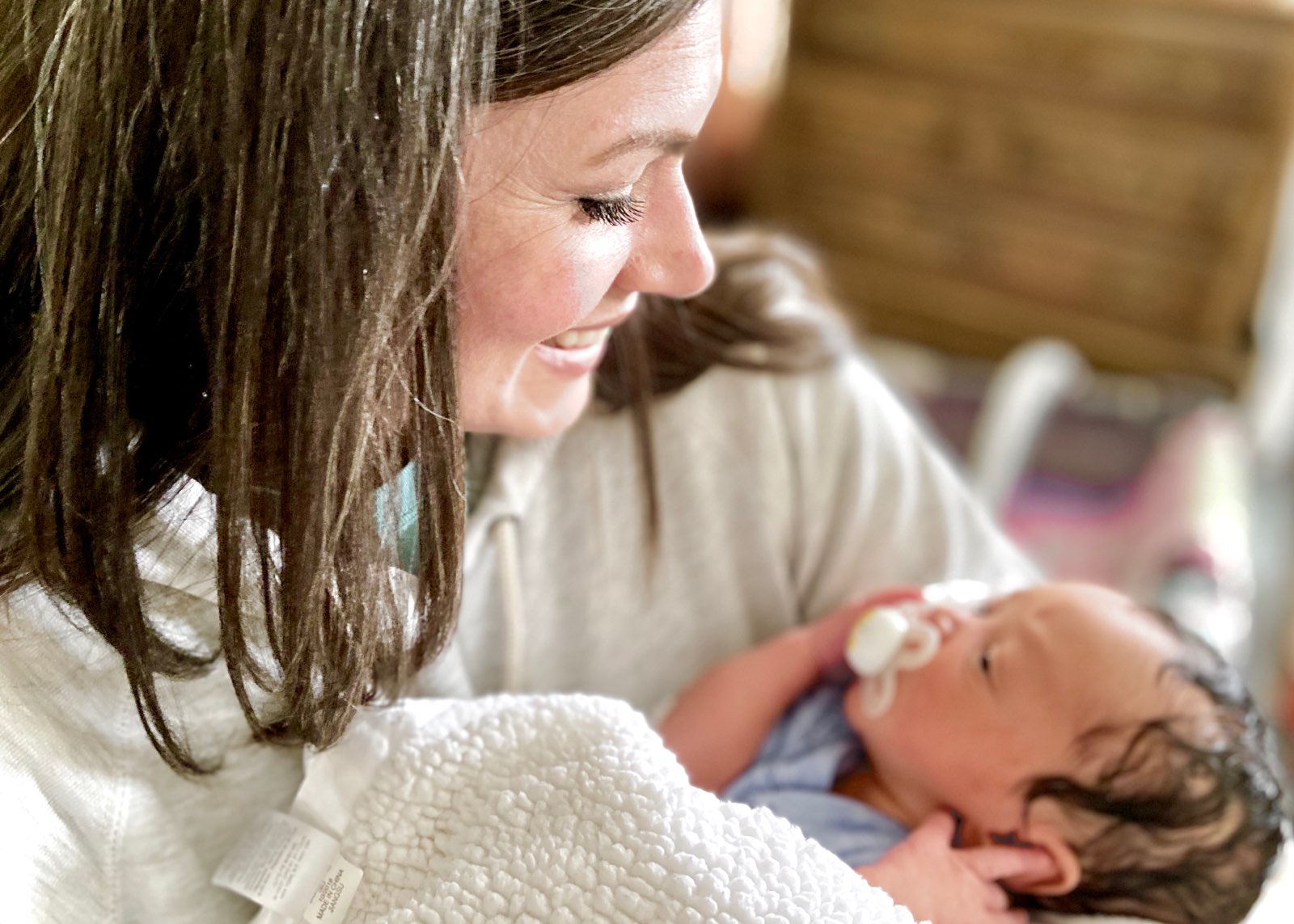 Kristin and Brandon reached out to me last November as they were researching all the options of adoption. They have four beautiful children, but something in Kristin felt like their family wasn’t quite complete. After lots of emails exchanged and a few chats over the phone, they decided to move forward with Christian Adoption Consultants.

From the start, I could tell that Kristin and Brandon were diving in with their hearts wide open. They put their “yes” out their several times that led to many “not yet’s”. Instead of becoming consumed with disappointment, Kristin and Brandon held strong to their faith. They trusted His timing for their family and continued to put their “yes” out there.

Then just 4 months after signing on with CAC, Kristin sent me an email titled “Matched!” and my heart leaped for joy! They were matched with a brave expectant mother and father who were weeks away from the birth of their baby boy. Due to COVID, Brandon and Kristin were prepared that they wouldn’t be able to be at the hospital when the baby was born. They took this news with such grace and decided to stay in a rental until they were told to come to the hospital.

However, they never made it to the hospital. They were told soon after the baby was born that the expectant mother and father chose to parent. Brandon and Kristin headed back home heartbroken, but still clung to God’s sovereignty.

Two days later the agency called Kristin to let her know that the couple decided to move forward with the adoption plan and wanted them to parent their son. Without hesitation, Brandon and Kristin were back on the road! The next day, they met their son, Corban. They were also able to meet his birth family and spent over five hours with them. Corban’s birth father even had a dad-to-dad conversation with Brandon about his dreams for their son and how he desires for Corban to know him as he grows. It was an incredibly special time for both of the families to bond together through their shared love for Corban.

Kristin stated that as she looks back through this adoption process they have seen how God takes their fears and turns them into triumph. God has done more than they could have ever imagined through this journey and they feel honored to have seen His beauty unfold!